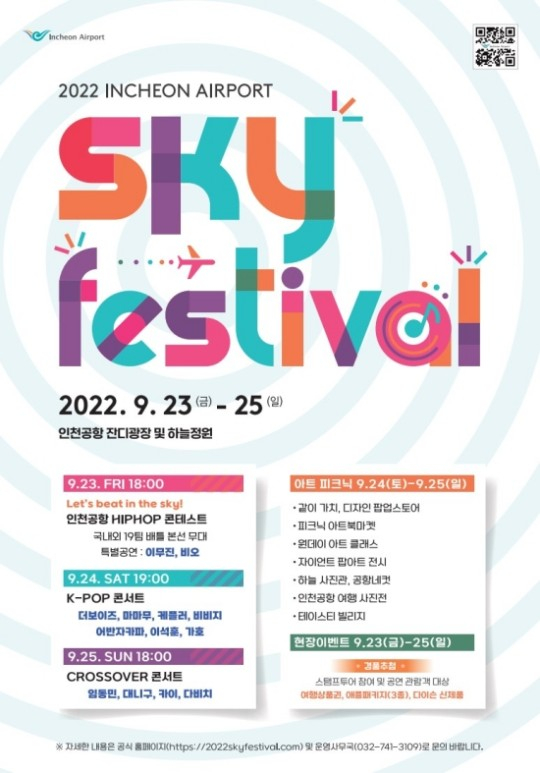 
Incheon International Airport will host a music festival from Sept. 23 to 25.

According to the airport, the annual music festival “2022 Incheon Airport Sky Festival” will take place at the airport’s plaza and the Sky Garden.

“The festival will take place outside after a three-year hiatus since the Covid-19 pandemic,’ the airport said.

The airport released the line-up of the three-day festival. On Sept. 23, a hip-hop dance contest “Let’s Beat in the SKY” will open the event. Nineteen finalists — 16 teams from Korea and three teams from overseas — who all made it through an online audition, will take to the stage before an ultimate winner is crowned. Singer Lee Mu-jin and rapper BE’O will also hold special performances.

On Sept. 24, K-pop acts such as The Boyz, Mamamoo, Kep1er, Viviz, Urban Zakapa and Lee Seok-hoon will take to the stage.

On the last day on Sept. 25, a crossover concert of film soundtracks and musicals will be held featuring pianist Lim Dong-min, violist Danny Koo and pop ballad duo Davichi.