A meal a day can change the world

A meal a day can change the world 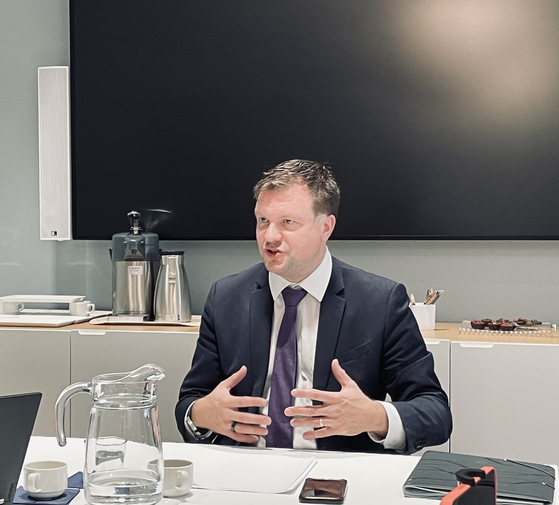 Ville Skinnari, the Finnish minister for development cooperation and foreign trade, speaks with a group of foreign press at the Foreign Ministry headquarters in Helsinki on Thursday. [ESTHER CHUNG]

When Ville Skinnari, the Finnish minister for development cooperation and foreign trade, says that the Finns’ school meal program is part of their social DNA, he means it.

The initiative, which feeds all of Finland’s nearly 850,000 students from pre-primary to upper secondary school, was born in the ashes of world war only two generations ago.

“After the war, Finland was resettling thousands of internally displaced people and orphans, like my grandparents from Vyborg,” said Skinnari, speaking with a group of foreign press at the Foreign Ministry headquarters in Helsinki on Thursday.

Vyborg, a Finnish medieval town, was taken by the Soviet Union in the Second World War. Finland evacuated its residents and resettled them in other parts of the country.

Because almost all Finns have a story to tell when it comes to school meal memories, they couldn’t just stand by and watch when the Covid-19 pandemic shuttered schools across the world and left 370 million school children without access to the one meal a day they could rely on, said Skinnari. 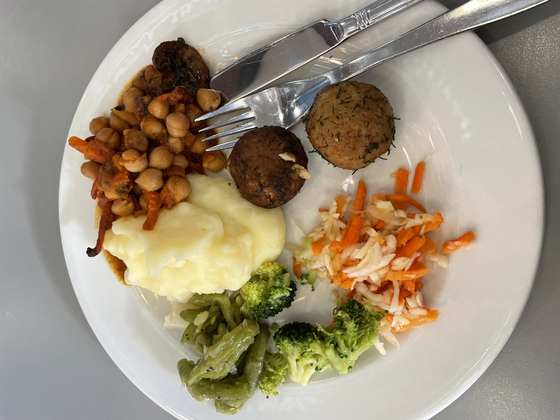 A plate of school meal at the Viikki Teacher Training School in Helsinki, Finland, on Wednesday. [ESTHER CHUNG]


Last November, the country launched the School Meals Coalition, with France and the UN World Food Programme (WFP) to guarantee every boy and girl in the world at least one nutritious meal a day by 2030. Skinnari has been appointed the School Meals Champion by WFP.

“I know it sounds ambitious, but we believe it is do-able,” said Skinnari. “At the end of the day, it’s a matter of how much the school system is valued at the political level in each and every country.”

In the lead up to the ministerial meeting of the School Meals Coalition in Helsinki this week, reporters from nine countries – Brazil, Chile, Colombia, Ethiopia, Kenya, Korea, Mexico, Nepal, Philippines and South Africa – sat down with Skinnari to hear more about Finland’s investment in its students’ wellbeing and how that might change the fate of hundreds of millions of children facing acute hunger today.

The following are edited excerpts of the conversation, re-arranged in a question-and-answer format.

Tell us more about how the school meals program started for Finland.
School meals were introduced to address poverty and malnutrition in Finland in the middle of the Second World War in 1941. We were a poor country and Finland received development aid until the 1960s. Not many people know or remember that. So the 70 years that we’ve implemented the system, the meals have been part of our national success story.

Our former President Martti Ahtisaari told me when I started as minister that we should remember we’re running a marathon here. We’re still running it, continuing our investment in the future.

What kinds of changes are possible to a child’s life with a free school meal?
It’s more than just a plate of food. It’s far more actually, because these programs have a huge potential to transform not only the food system, but also the education and social protection systems. The school meals provide an incentive to send children to school, especially girls, and they also support local farmers and markets, creating jobs and income. 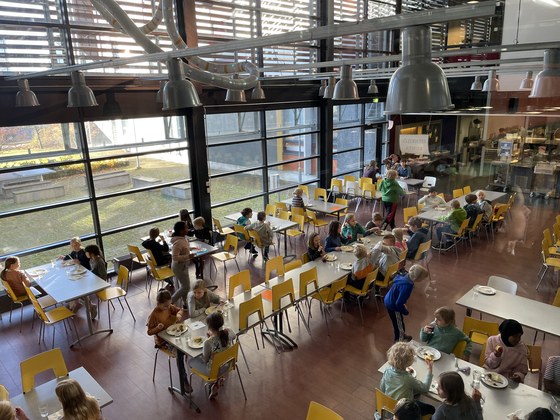 Students during lunch at the Viikki Teacher Training School in Helsinki, Finland, on Wednesday. [ESTHER CHUNG]

The School Meals Coalition has been joined by some 70 countries. What do you consider to be your main role in leading the coalition?
My goal is very simple: to raise awareness at the global level, generate resources for school meals, and to really create the implementation models that need to be piloted and [lead to] concrete benefits for the kids. We’re speaking of around 153 million children aged under 18 facing acute hunger today.
The School Meals Coalition intends to guarantee a school meal a day for every boy or girl in the world by 2030. What’s stopping some countries from joining?
Even here in Europe, not every country is implementing [school meals]. But there is a great interest in Copenhagen and Rome, and even hopefully in London. I would say the issue is not budget. It’s a very typical situation that if you want to implement a system-level change, you have to change your way of thinking. At the end of the day, it’s a matter of how much the school system is valued at the political level in each and every country.
What about for countries where the political will is low but the people are still suffering, like North Korea, where around one out of five children under age of five suffer stunted growth due to malnutrition?
The humanitarian crisis in any country is concerning. But if and when the doors are open, of course, [we would work on providing free school meals there]. But to be honest, we haven’t discussed the details [with North Korea], though with South Korea we have discussed and continue our discussions. If you want to establish a win-win situation, you need two partners. You cannot do it alone.
Does the coalition also advise member countries on improving their school food programs?
The coalition has the ability to advise on the nutritional levels and diversity of ingredients used in school meals. There is inevitably discussion on the cost of these free school meals, which takes place in Finland as well. Some of our municipalities say they don’t have enough money to provide these meals, and we do have to be [cost] efficient. But we should not make compromises on nutrition, otherwise we’d be losing [sight of] the whole goal of the system.