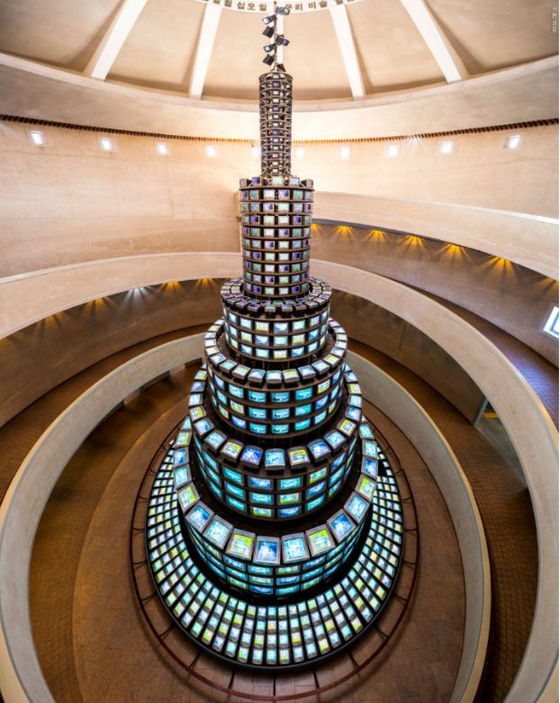 
The large-scale media art installation “The More, The Better” (1988) by late video artist Nam June Paik (1932-2006) is finally back and even better than before.

The National Museum of Modern and Contemporary Art (MMCA) announced Thursday that “The More, The Better,” located in its Gwacheon branch in Gyeonggi, will resume operation after undergoing repairs for three years from September 2019.

To celebrate, a commemorative event including a performance by dancers and laser lights took place at the museum Thursday afternoon.


The MMCA made sure that the return of “The More, The Better” fell on the same day it was officially unveiled to the public in 1988 — Sept. 15. The piece was created to celebrate the Seoul Olympics held that same year.

The 18.5-meter (60.7-foot) tower with a diameter of 11 meters, completely covered in 1,003 cathode ray tube (CRT) television monitors, had seen many of its screens malfunction over the years.

It was forced to shut down in March 2018 due to safety concerns, such as fire risk, after an assessment was conducted by the Korea Electrical Safety Corporation. 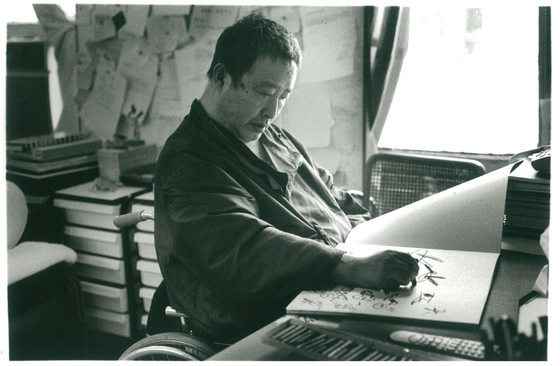 
According to Kwon In-chul, the curator of the installation’s restoration project, the first step was to inspect each and every CRT monitor on the tower.

“We found problems related to power supply and screens, and repaired 737 damaged CRT monitors with secondhand monitors and components,” Kwon said during a press conference Thursday. “The other 266 were replaced with LCD screens as they were deemed no longer usable. They still maintain the same outward appearances of the CRT monitors.”

The 266 LCD screens take up mostly the upper section of the tower and are 6- and 10-inch monitors. The museum also revealed that it worked on the monitors’ cooling systems and did a six-month test run, until July this year, to make sure they were functioning properly. 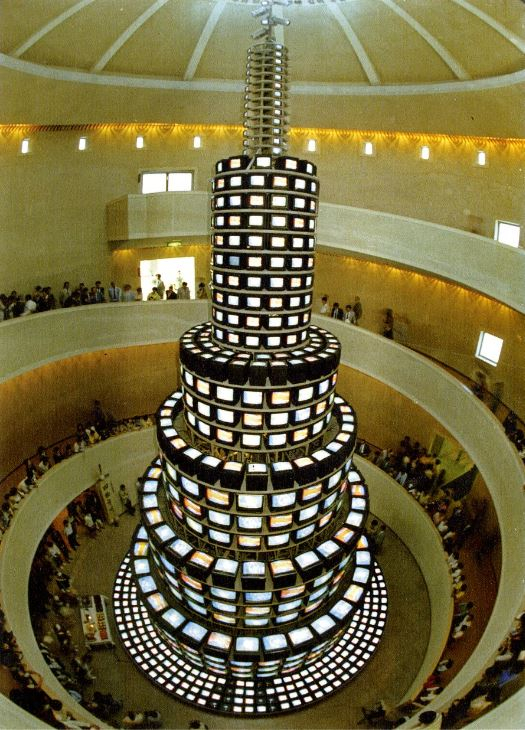 
“The More, The Better” is still extremely fragile, having gone through continuous technical maintenance for over 30 years, including in 2003, when every single monitor was replaced. It is also difficult to find secondhand equipment nowadays as the originals are outdated.

But the museum is adamant that it will keep the installation’s original form as close as possible, even if it comes with technical risks.

“As you know, there aren’t any more factories that manufacture CRT monitors in Korea, and these monitors are extremely old. It’s like putting a ventilator on someone who’s dying,” Kwon said. “It won’t be a surprise if the monitors break again, so the piece will run for two hours a day, four times a week for the time being.”

Return of the duck