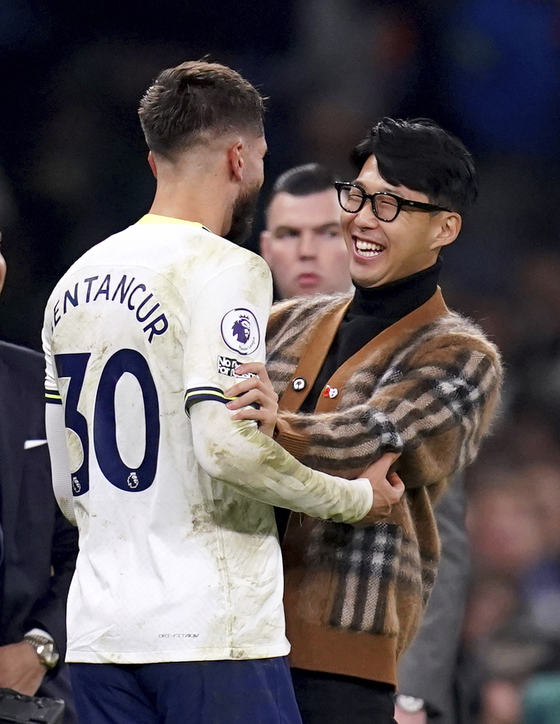 Tottenham Hotspur’s Son Heung-min celebrates with Rodrigo Bentancur at the end of a Premier League match between Tottenham Hotspur and Leeds United at Tottenham Hotspur Stadium in London on Saturday. Bentancur scored two goals in the 4-3 victory, locking in the win after finding the back of the net twice in the final 10 minutes of the game. Son, who has been out following surgery on an orbital fracture, joined teammates to celebrate after the final whistle in his first public appearance since being injured on Nov. 1. [AP/YONHAP]