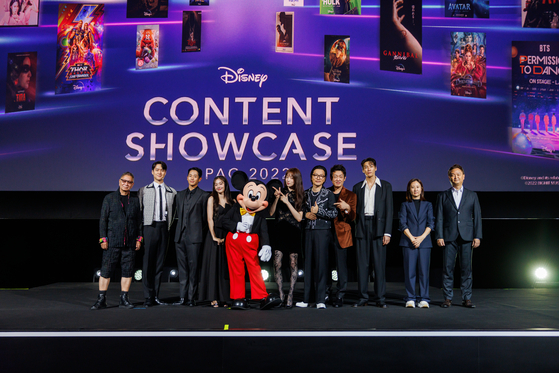 
SINGAPORE — At the Asia Pacific (APAC) Disney Content Showcase held at Marina Bay Sands Singapore last week, The Walt Disney Company was betting big on Korean originals, introducing 12 new productions that cover all their bases including K-pop phenomenon BTS, variety shows and dramas, and even expanding into genres such as crime thriller, romance and fantasy.

The showcase is an entertainment conference introducing upcoming Disney content to be shown on their streaming service and the silver screen, hosted ahead of the company’s 100th anniversary next year.

Among the APAC originals, which Disney ambitiously plans to release 50 of by next year, the 12 Korean originals were the most planned for a single country, next to six Indonesian originals, four Japanese originals and two originals from Australia and New Zealand.

“Korean culture and content are at the center of attention for the global audience,” Kim So-yeon, CEO of Disney+ Korea, said during the event. “Disney plans to continue expanding its Korean content lineup, collaborating with domestic creators, to bring excellent narratives and introduce them to the world.”

Luke Kang, president of The Walt Disney Company APAC, also lauded the achievements made by its Korean originals, saying that Korean dramas have “performed beyond our expectations” and that “now, consumers want more.” 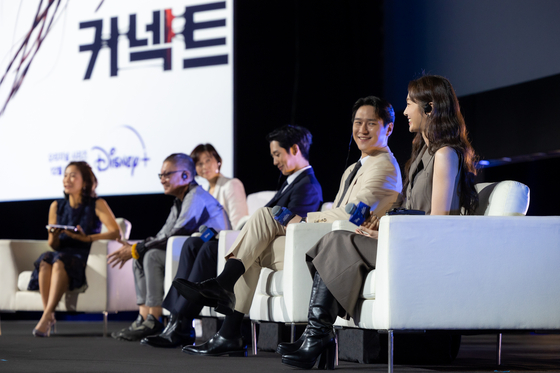 The cast of “Connect” and Japanese director Takashi Miike speak about the series at the Disney Content Showcase held at Marina Bay Sands Singapore on Friday. [THE WALT DISNEY COMPANY]


“Connect,” which is based on the Naver Webtoon with the same title, revolves around a man named Dong-soo who is kidnapped by organ hunters who remove one of his eyes. When his eye gets transplanted into the body of a serial killer, Dong-soo catches momentary glimpses into what the killer sees, and he becomes determined to catch the killer and get his eye back.

“Connect” is the first Korean-language drama series directed by a Japanese filmmaker. Miike is well-known for his depiction of bizarre mutilations such as in “Ichi the Killer” (2001) and “Gozu” (2003). 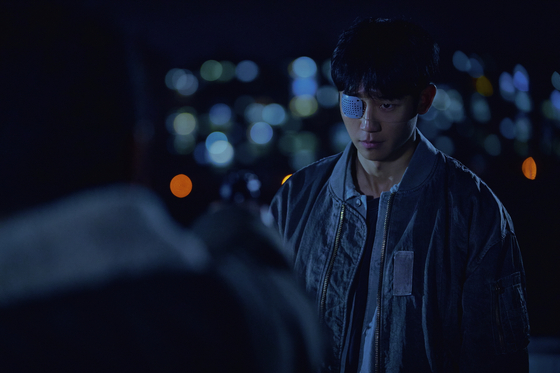 A scene from “Connect” [THE WALT DISNEY COMPANY]


“I have been a fan of Korean content,” Miike said. “As I watched Korean content, I’ve come to contemplate the difference between [Korean] and Japanese actors, and, on the fundamental level, their level of passion is different. Korean actors are passionate, they are powerful, not to mention their acting skills, and they possess the essentials that actors must have.”

“Big Bet” is another highly-anticipated title on the line up, marking the return of Choi to the small screen over two decades after “Love and Separation,” which aired on Korean broadcaster MBC in 1997. The series is directed by Kang Yun-sung, who took helm of the hit action-crime film “The Outlaws” (2017), which fronted Ma Dong-seok as the beast cop Ma Seok-do.

For “Big Bet,” the series revolves around Choi, who portrays a legendary figure in the Philippines’ casino world. The series also stars Son and Heo, who each shot to stardom through JTBC drama series “My Liberation Notes” (2022) and Netflix’s dystopian hit “Squid Game” (2021).

Director Kang is known for adapting real-life events as a source of action thriller and entertainment, as he did for “The Outlaws,” which was based off of the real-life model of a police detective named Yoon Seok-ho. Likewise, for “Big Bet,” Kang traveled to the Philippines to personally interview people who run casinos. 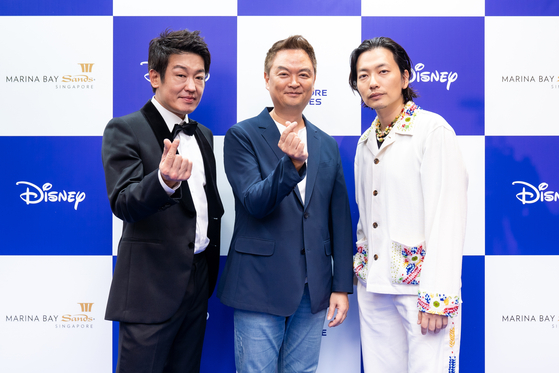 
“I wrote the story based on the variety of people I met in casinos,” Kang said. “It’s a mixture of fiction and real events. […] I took care to focus on the realistic aspects of the series so that when the audience watches ‘Big Bet,’ they would become convinced that this world of casinos exists somewhere.” 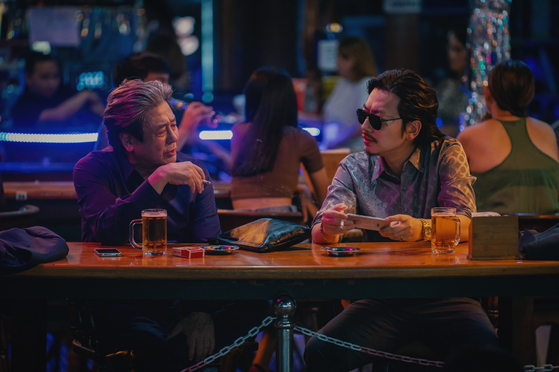 A scene from “Big Bet” [THE WALT DISNEY COMPANY]


In the K-pop category, “Super Junior: The Last Man Standing,” “NCT 127 The Lost Boys” (working title), “J-Hope Solo Documentary” (working title) and “BTS Monuments: Beyond the Star” are slated to be released exclusively on the streaming platform.

Disney hopes to ride on the global fame of Hallyu and K-content by casting popular Korean actors and K-pop artists for its originals. Korean productions also have an advantage in discovering gripping narratives, as webtoons and web novels began to be actively adapted on screen. Among domestic users, however, the streaming platform still has a long way to go: According to an August report on the domestic streaming market by market tracker Mobile Index, Disney+ sits at No. 6 with monthly active users at 1.68 million, far behind other streaming services such as Netflix, Wavve, Tving and Coupang Play. Netflix has the most with approximately 12.14 million users.