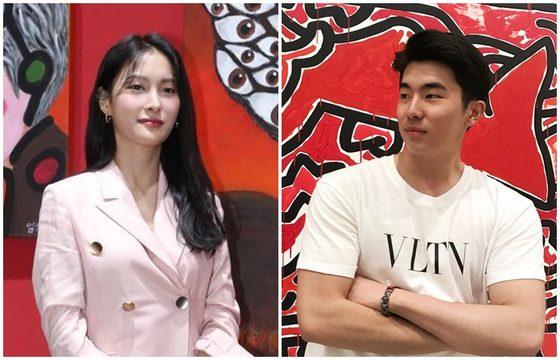 Song works as a president of Pica Project, an online platform for art sales.

The two were known to be in a romantic relationship since October 2019, and had dated publicly. It is said the two became close due to their shared interest in art.

Park, who was also a child actor, made her debut as a member of Kara in 2007. Following the group's disbandment in 2016, she has been keeping active by making appearances in TV dramas, movies and musicals.