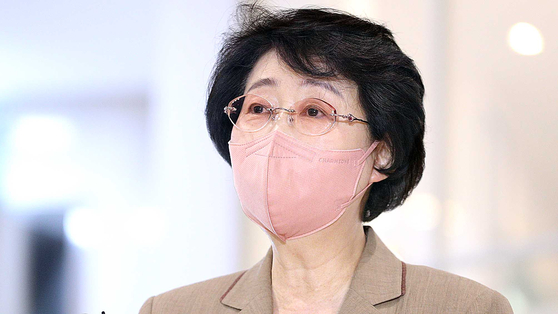 "I am resigning from the nomination to be minister of health and welfare as of today," Kim said in a statement. "I repeatedly explained that the various allegations were not true, but the process was very difficult because it hurt my family and my honor as a public official."

Kim was Yoon's second health minister candidate forced to give up the nomination.

Kim is under investigation by prosecutors for allegedly using funds for lawmakers' activities in 2017 to pay for the leasing of a car by her husband and auto insurance in violation of the Political Funds Act.

Last week, the National Election Commission (NEC) asked the Supreme Prosecutors' Office to investigate Kim's use of the money as the Democratic Party's (DP) demands for her resignation grew stronger. Some members of Yoon's People Power Party (PPP), including floor leader Kweon Seong-dong, also said that it would be best for Kim to withdraw her nomination.

Kim said in the statement Monday, "There was no intentional use of the political funds for private purposes, and it was a problem caused by a practical error in the accounting process."

She said she accepted that she couldn't be "free from management responsibilities."

Kim is an expert in the health and medical field who served as minister for food and drug safety from 2015 to 2016 in the Park Geun-hye administration. As a proportional representative, she served on the National Assembly's Health and Welfare Committee. She was said to have contributed to various policies as a member of a parliamentary special committee on Korea's Covid-19 response.

It has been 39 days since Kim was nominated as health minister.

Yoon's first pick, Chung Ho-young, a former president of Kyungpook National University Hospital, abandoned his nomination after allegations that he used his position to help his two children get admitted to a medical school and to help his son avoid active-duty military service.

Kim is the third minister nominee to be dropped since the launch of the Yoon administration, following Chung and Kim In-chul, the president's first education minister pick, who withdrew his candidacy after facing accusations of arranging preferential treatment for his children. 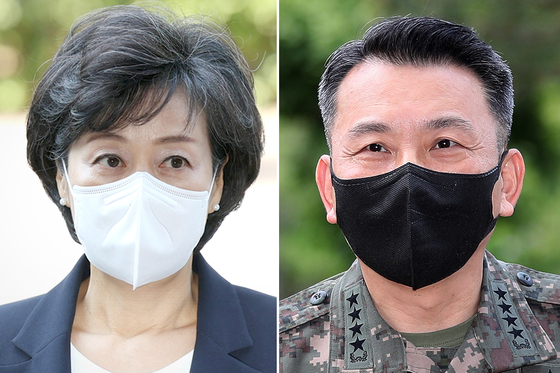 Park, a professor at Seoul National University's Graduate School of Public Administration, also faced some embarrassing publicity, including the revelation of a drunk driving conviction from 2001.

Both Kim and Park were named minister nominees on May 26, after President Yoon was criticized for a lack of women in his Cabinet.

The president set last Wednesday as the deadline to receive parliamentary confirmation hearing reports for both nominees. An impasse in the National Assembly over party and committee appointments over the past month put a pause on confirmation hearings.

Kim previously served as deputy commander of the Korea-U.S. Combined Forces Command and is a graduate of the Korea Military Academy.

Song Ok-rial, a professor at Seoul National University School of Law, was named head of the Fair Trade Commission.