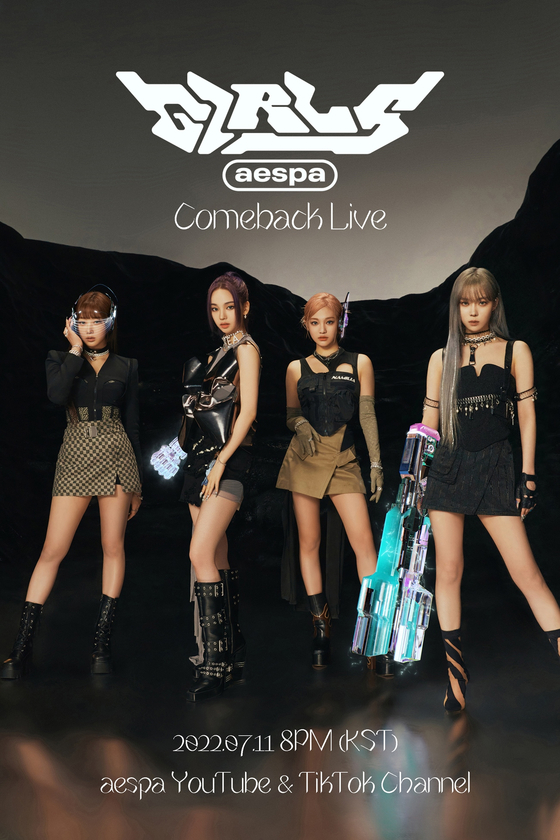 Girl group aespa will host a live performance session online on July 11 to celebrate the release of its second EP “Girls,” according to SM Entertainment on Monday.

The session titled “aespa 'Girls' Comeback Live” will be livestreamed on aespa’s official YouTube and TikTok accounts from 8 p.m. on July 11. The girl group will go over the physical copy of the EP, share stories from the production process and introduce its upcoming promotional activities to its fans.

aespa debuted in November 2020 with four members: Giselle, Karina, Ningning and Winter. It is known for its metaverse concept which centers around the story of the members' alter-ego avatars that exist in the virtual world and can communicate with the members in real life. The group has released hits “Black Mamba” (2020), “Next Level” and "Savage" (2021).