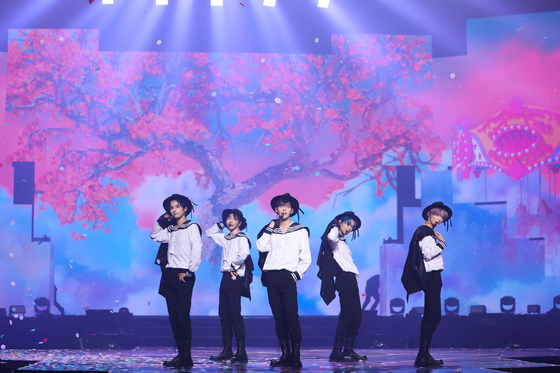 Boy band Tomorrow X Together kicked off its first world tour “Act: Love Sick” at the Jamsil Arena in southern Seoul over the weekend.

Some 5,000 fans, called MOA, showed up each night for the in-person concerts.

On Sunday’s show, the quintet appeared on stage sporting sparkly pink outfits with white boots and jackets topped with glittery heart pins while they performed “0X1=Lovesong (I Know I Love You)” (2021).

After the song ended, members Soobin, Yeonjun, Beomgyu, Taehyun and Hueningkai greeted the audience, marveling at how it’s already been nine months since their last concert. This concert is part of the band’s first world tour, and it is also its first offline concert. Having debuted in 2019, the band had been unable to hold offline concerts due to Covid-19. 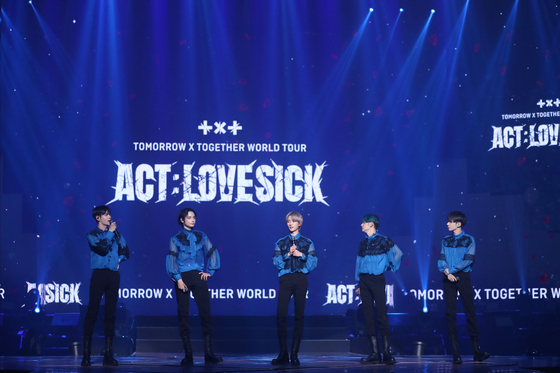 “Back then, we performed for MOA online, but we’re finally here to listen to your voices in person for the first time,” Beomgyu said.

“We’ve prepared a lot of new performances,” Soobin said. “We’re thrilled to be able to be with MOA, and I just feel like I want to remember this moment forever.”

Tomorrow X Together ended the concert with a song that has yet to be officially released on music streaming sites — “;” (2020), also called “Sweat.” Currently, “Sweat” is only available to listen to on fan community platform Weverse. 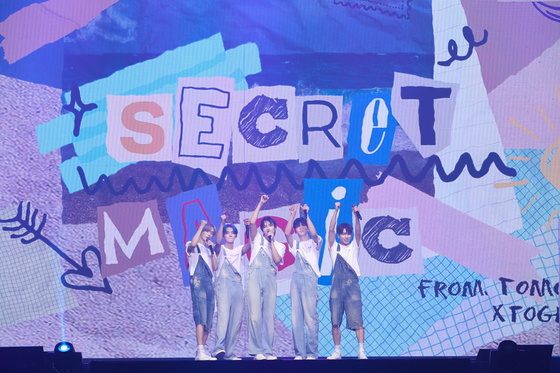 Throughout the entire show Sunday, even though it was only Tomorrow X Together’s second concert night singing and dancing in front of a live audience, the fans' chants were perfectly synchronized with each other — MOA’s devotion to support and root for the band was likewise.

According to BigHit Music, tickets for Seoul and U.S. concerts sold out virtually as soon as reservations opened. 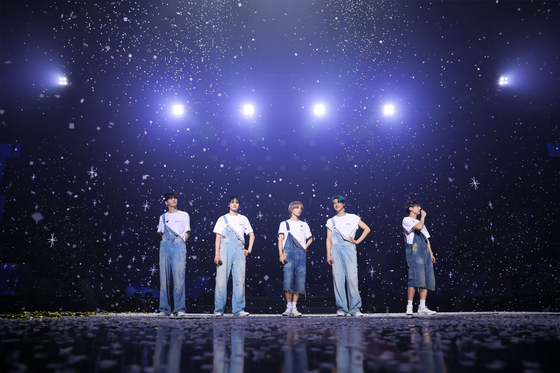 “It’s now the end of the second day of our world tour, and we are really enjoying the journey so far, thanks to MOA’s cheers,” Hueningkai told fans at the Seoul concert. “We have to leave to perform in other cities, but we’ll return again — wait for us! Thank you for being with us all this time.”

“Because it’s our first world tour, we were worried about being awkward and messing up,” Soobin said. “But I personally think we did better than on the first day, and I hope MOA enjoyed it as much as we did. We hope you find more happiness though us. We are always grateful for your love.”