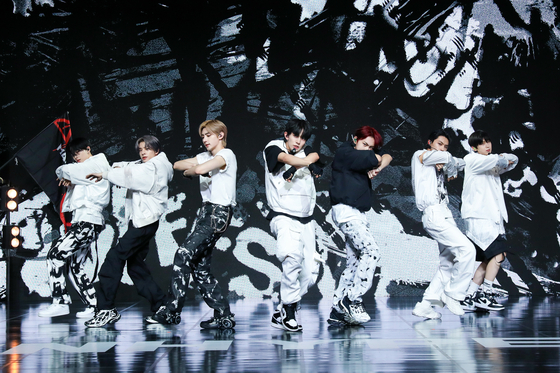 Boy band Enhypen is back with a manifesto for its future.

The boy band held a showcase for its new EP “Manifesto : Day 1” on Monday at Yonsei University’s 100th Anniversary Memorial Hall in Seodaemun District, western Seoul, briefly before the album’s release at 6 p.m.

“This EP is literally our manifesto,” said member Sunghoon. “This is a declaration of what we’re going to do. We want our music and performance to convey messages that our peers can relate to, and announce our generation’s thoughts proudly to the world. We really got invested in this release as we put our own thoughts and emotions into it.” 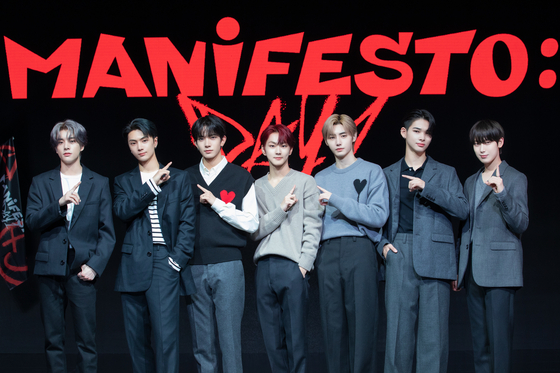 Although the band was on a six-month hiatus after its first full-length repackaged album “Dimension : Answer” (2022), the members have been productively making the most out of their time, from appearing on Japanese television shows to taking guitar lessons. Now, the band is back its third EP featuring six tracks: “Walk The Line,” “Future Perfect (Pass the MIC),” “ParadoXXX Invasion,” “TFW (That Feeling When),” “Shout Out” and “Foreshadow.” 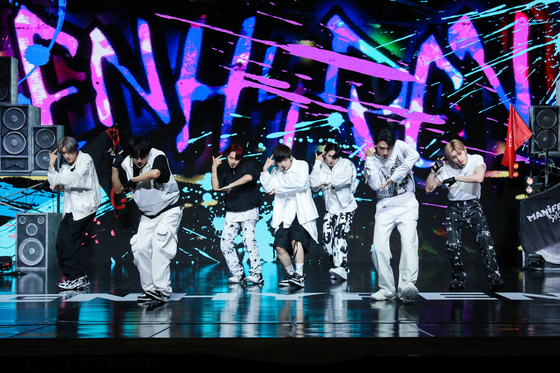 “Drill wasn’t a familiar genre to me, so I looked up a lot of drill songs so I could get used to it and express it with Enhypen’s unique color,” said Jay.

“The moment I first heard the song, I knew the choreography was going to be tough,” said Sunoo. “Just as expected, I was exhausted from the first day of practice. But as I saw each movement become truly mine the more I practiced, I realized that there’s nothing I can’t do with effort.”

The song includes powerful shouting and choreography to match, which demonstrates kalgunmu, the perfectly in-sync dance that the boy band is known for. 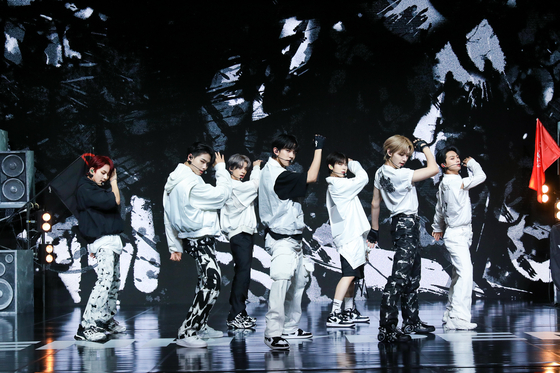 “The song requires a lot of physical strength as it rages on with no breaks,” said Jungwon. “I was able to do my best thinking of Engene [Enhypen’s fandom] and imagining how cool we would look on stage once we’ve practiced enough.”

Enhypen hopes that the song is a satisfying declaration that teenagers are not naïve children anymore. Sunoo added that the lyrics “I want to stand with my own feet / everything else is meaningless” from the lead track spoke to him. 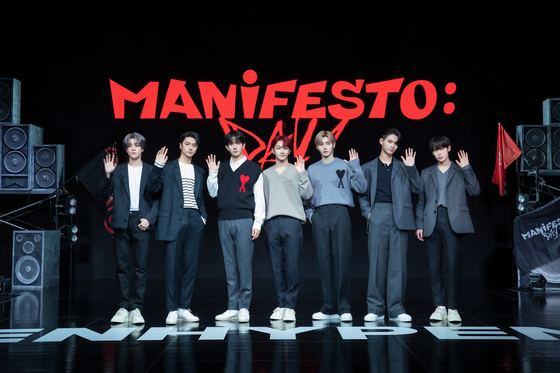