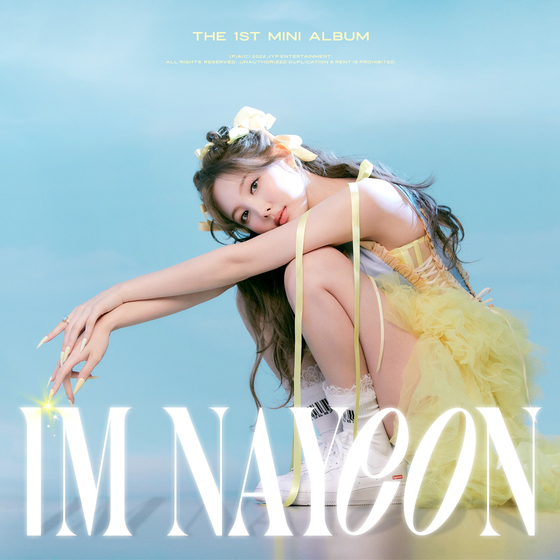 Nayeon of girl group Twice’s first solo EP “Im Nayeon” reached No. 7 on the Billboard 200 albums chart, the highest rank achieved by a solo K-pop artist on the chart, according to Billboard on Sunday.

This also makes Nayeon the first solo K-pop artist ever to enter the Top 10 on the Billboard 200.

Billboard reported that “Im Nayeon" sold 57,000 copies in the United States. The Billboard 200 takes into account physical CD sales, as well as the number of online streams and downloads converted to count as CD sales. One-thousand-five-hundred on-demand streams are counted as one streaming equivalent album (SEA), and 10 track downloads are counted as one track equivalent album (TEA).

“Like many K-pop releases, the CD configuration of ‘Im Nayeon’ was issued in collectible deluxe packages, each with a standard set of items and randomized elements,” Billboard added.

A total of 17 packages were available, including exclusive editions for Target and Barnes & Noble.

Nayeon is the first member of Twice to officially release solo music. "Im Nayeon" dropped on June 24 with the lead track "POP!"