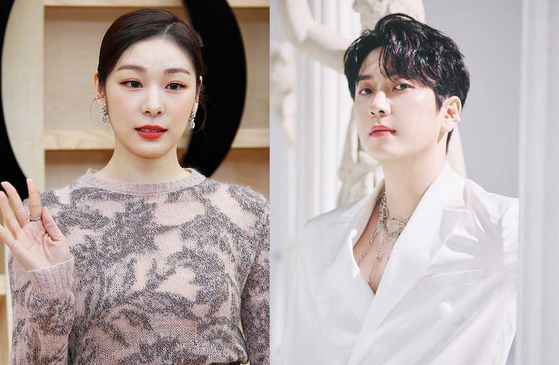 “Kim and Ko’s wedding will take place in Seoul in October this year,” announced Kim’s management company All That Sports on Monday. Ko’s agency Beat Interactive also confirmed Monday that the two will wed in October.

According to the agencies, Kim and Ko first met in 2018 during an ice skating show, at which Ko’s vocal group performed.

“Kim and Ko first met when Forestella appeared as a guest at the 'All That Skate Ice Show' in 2018, and have been dating for about three years,” said All That Sports.

Ko is a singer and member of the crossover vocal quartet Forestella. The quartet was formed through season 2 of JTBC’s competition program Phantom Singer. Ko is a graduate of Seoul National University’s College of Music.

The agencies added that the wedding will be a private ceremony, attended by only the couple’s close friends and family.

“Both Kim and Ko want to have a normal wedding with only close relatives and acquaintances. We plan to proceed privately without revealing the specific wedding date and venue to the media.”