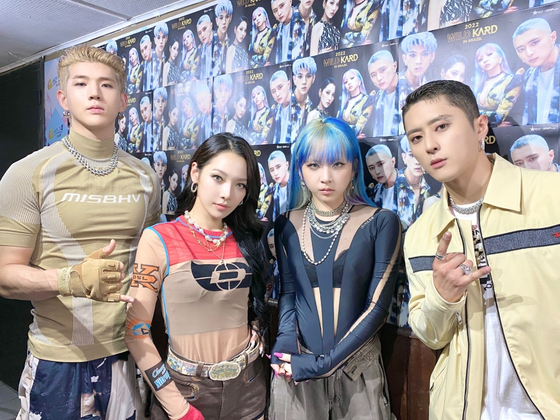 KARD poses during its concert in São Paulo in Brazil on July 22. [DSP MEDIA]

According to DSP, KARD toured four cities in Brazil over the past week. Over the weekend, the group held concerts in São Paulo on July 22 and Curitiba on July 24. All tickets for the Brazil concerts quickly sold out, and the audience over the last week could often be seen singing along in Korean. 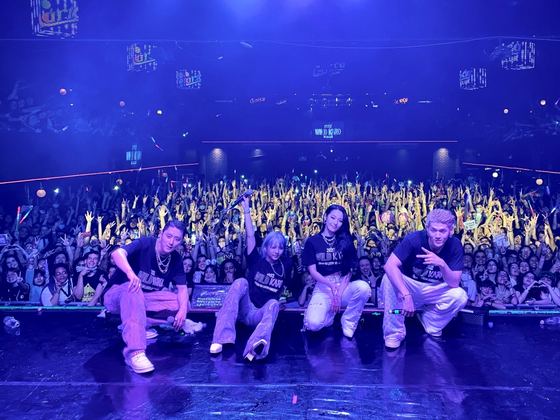 Ahead of the concerts, KARD visited Rio de Janeiro and Brasília on July 20 and 21 for fan autograph events.

Back to tour Latin America for the first time in two years and nine months, KARD is set to perform in a total of seven cities throughout Brazil, Chile, Mexico, Colombia and Argentina — Santiago, Chile, on July 27; Monterrey, Mexico, on July 29; Mexico City on July 31; Bogota, Colombia, on Aug. 3 and Buenos Aires, Argentina, on Aug. 5.