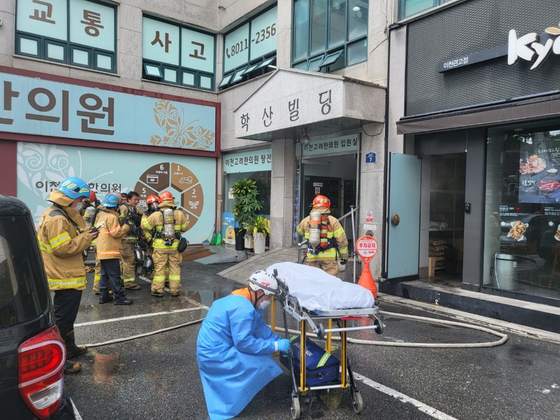 Firefighters prepare to enter a building in Icheon, Gyeonggi, where a hospital on the fourth floor caught fire Friday morning. [GYEONGGI DISASTER AND SAFETY HEADQUARTERS]

Five people died and more than 30 remain trapped in a hospital in Icheon, Gyeonggi as of noon Friday after it caught fire at around 10:20 a.m. Many people have been reported seriously injured.

The hospital is located on the fourth floor of a four-story building. Firefighters rescued 10 people from the building, four of whom were unconscious when they were rescued.

More than 50 firefighters are working at the scene.