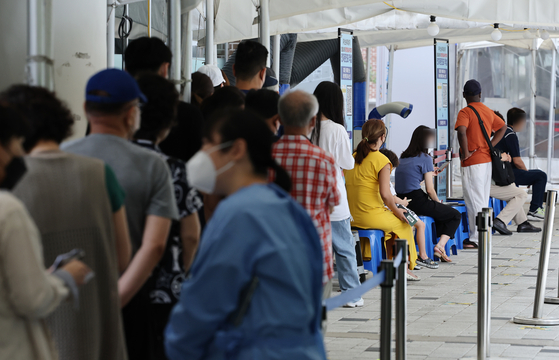 People wait in line to get tested for Covid-19 at a testing center in Mapo District, western Seoul, Friday. [YONHAP]

Critically ill patients infected with the virus recorded over 300 for the second day in a row with 320 patients Friday. There were 47 deaths.

The accumulative total of confirmed cases in Korea stood at 20,273,011.