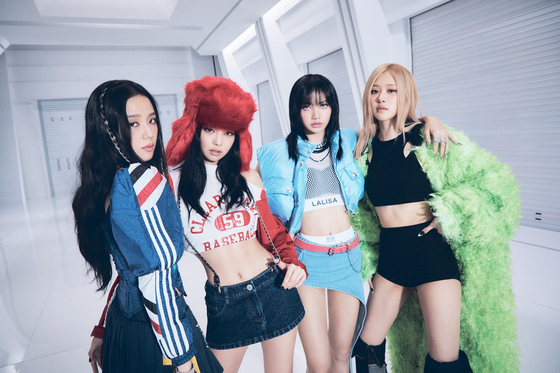 
Blackpink added three new dates to its ongoing world tour in Asia, according to YG Entertainment on Friday.

With the additions, the girl group is now playing 14 shows in nine cities in Asia.

Blackpink is the first K-pop girl group to hold a solo concert in Riyadh and Abu Dhabi. 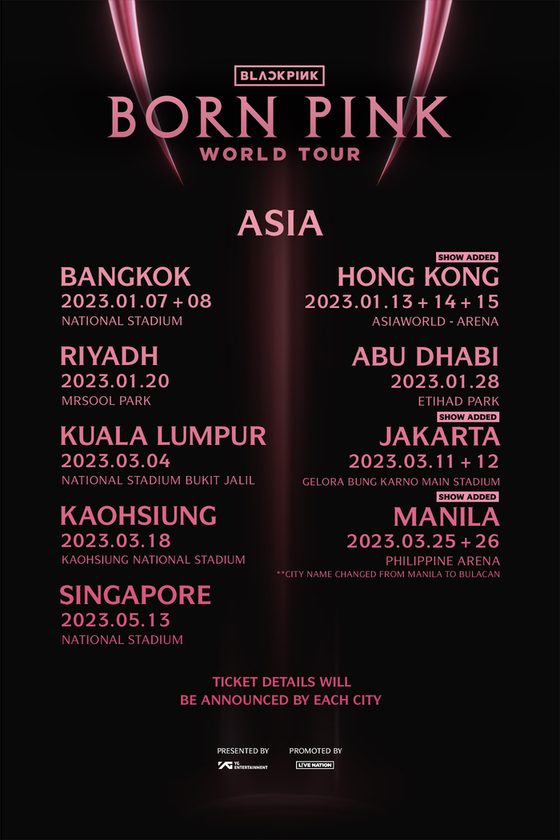 The poster for Blackpink’s Asia tour next year, including the added dates [YG ENTERTAINMENT]


“Except for the Hong Kong concert, all eight cities will see the group perform at stadiums,” YG Entertainment said in a statement. “This will be the biggest Asian concert ever for a girl group.”

This past week, Blackpink finished the Dallas portion of the world tour.

The group returned with its second full-length album “Born Pink” in September.