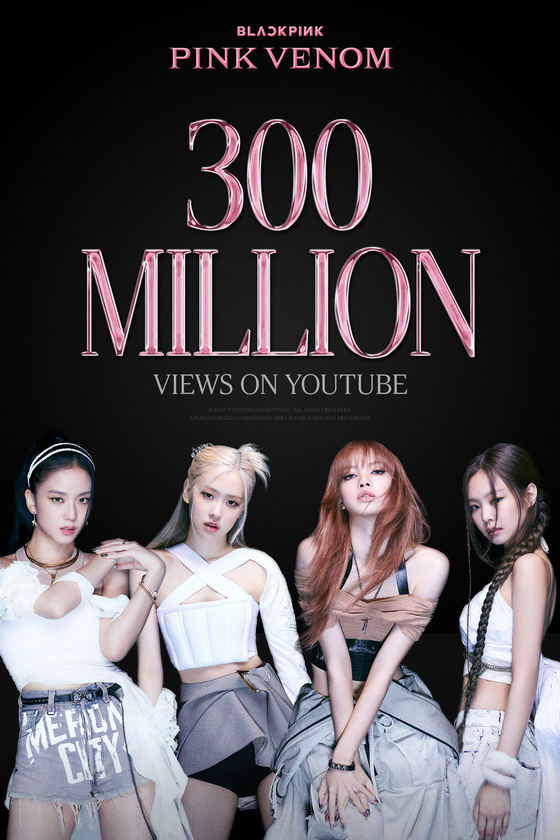 Blackpink’s music video for ″Pink Venom″ was viewed over 300 million times as of Friday. [YG ENTERTAINMENT]


The music video for Blackpink’s single “Pink Venom” has surpassed 300 million views on YouTube as of Friday, YG Entertainment said, 28 days after its release.

The music video was viewed over 90.4 million times just a day after its release, a world record for any female artist.

After its release last month, “Pink Venom” immediately topped the iTunes chart in 75 nations and the Billboard Global 200 chart for two weeks.

YG Entertainment also added another date to Blackpink’s upcoming “Born Pink” world tour, in Los Angeles on Nov. 20. It will come after the group’s schedule to perform at the Banc of California Stadium the previous day.

The world tour will kick off in Seoul starting Oct. 15, and the group will proceed to fly to the United States, Europe, Asia and Oceania.

“Born Pink,” the quartet’s second full-length album with the lead track “Shut Down,” was released on Friday.