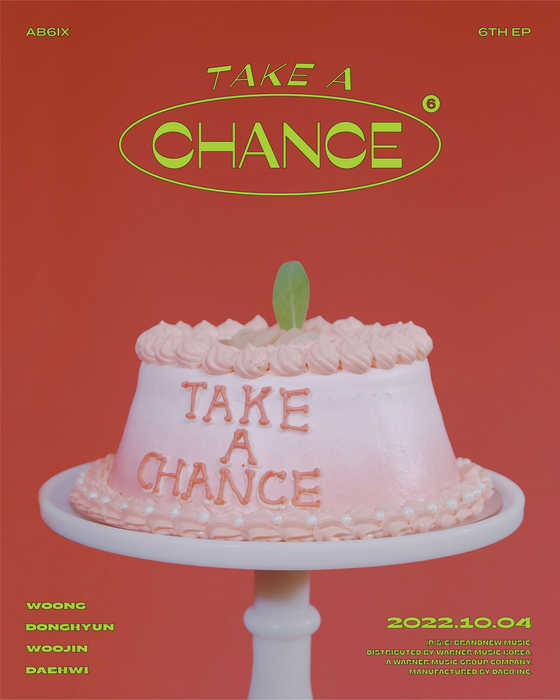 
Boy band AB6IX will come back with a new EP on Oct. 4, according to its agency Brand New Music on Tuesday.

The EP comes just five months after the release of its previous EP “A to B.”

Pronounced A-B-six, the band debuted in May 2019 with the EP “B:Complete.” It currently consists of four members: Jeon Woong, Kim Dong-hyun, Park Woo-jin and Lee Dae-hwi.

All members except for Jeon participated in the second season of Mnet’s hit audition show “Produce 101” in 2017. Park and Lee made it to the show’s top 11 finalists, becoming members of the project boy band Wanna One. After members of Wanna One went their separate ways in 2019, AB6IX was formed and debuted.