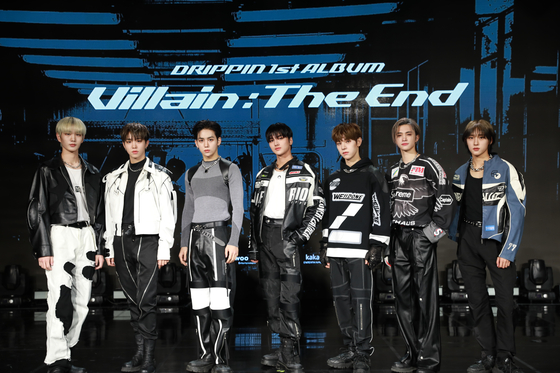 
Drippin has been showing off its darker side since January, and is back to conclude its “Villain’z Era” trilogy.

The seven-member boy band dropped “Villain: The End,” its first full-length album on Tuesday. It follows EPs “Villain” and “Villain: ZERO,” both released earlier this year.

According to its agency Woollim Entertainment, the name “Villain: The End” refers to how one can only begin a new chapter after confronting the end.

The album teased in a video titled “One & Only,” posted to YouTube on Monday, in which member Dong Yun narrates, “We always dream the same dream. It’s more of a nightmare to be exact.” The black-and-white video continues to say that the world has turned “upside down” and ends with all seven members smiling altogether.

“This album is the final chapter in our villain universe,” Jun Ho said during a showcase event at the Ilji Art Hall in southern Seoul, a few hours before the album’s release.

“The boys [members of Drippin] become one and go on an adventure as everything must come to an end in order to have a new beginning,” he added.

“The One” is a drum and bass track with a distinctive guitar riff sound and a dance break before the final chorus. The lyrics talk about a “final battle” between “X” and “DX,” which are described as rival protagonists in Drippin’s “Villain’z Era” universe.

“I’m the one, one, one, the only one,” the members sing. According to the band, only by becoming “one” can they finally move onto a new beginning.

“It’s a song in which you can feel our powerful vibes,” Hyeop said. 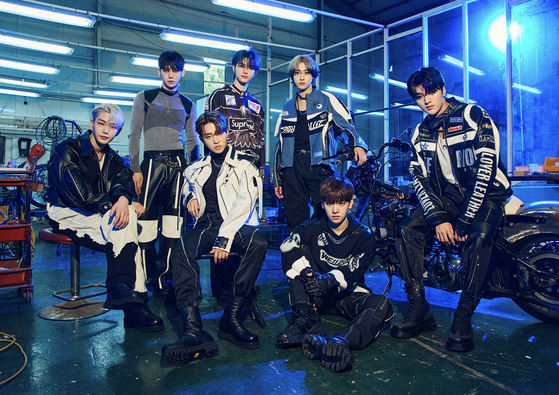 
Yun Seong, the leader of the band, explained the highlight choreography move for the song.

“It’s a dance move involving the joints,” Yun Seong said. “It’s addictive. For the lyrics ‘I’m the one, one, one,’ you touch your wrist for the first ‘one,’ then your elbow and finally your shoulder.”

The rest of the songs on the album dig deep into internal feelings, regarding the conflicts and messages of unity in the “villain” storyline, from the perspective of X and DX.

“When I’m With You” is a song dedicated to Dreamin, the name of Drippin’s fans, which sings about how the band can “go anywhere as long as it is with its fans.” 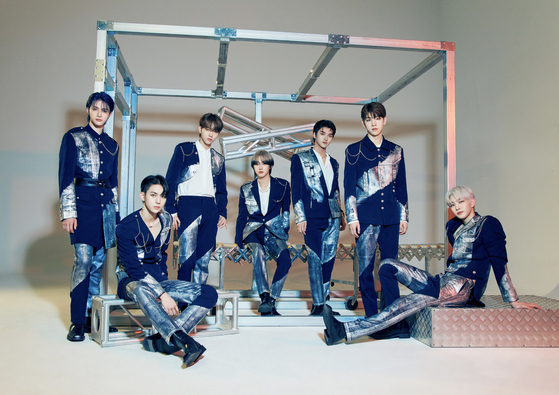 
Min Seo and Jun Ho each picked “Déjà vu” and “Home” as their favorite songs.

“All the members will agree that ‘Déjà vu’ is a great song,” Min Seo said. “When I first heard it, I got hooked. You know how the first verse is really important. I immediately liked the song upon the first listen.”

The band proceeded to perform “Home,” a ballad track where the members sing about how they are “no longer afraid of the dark.”

Before Drippin finally premiered the music video for “The One,” the members shared some of its highlights.

“I think I liked myself the best,” Alex said. 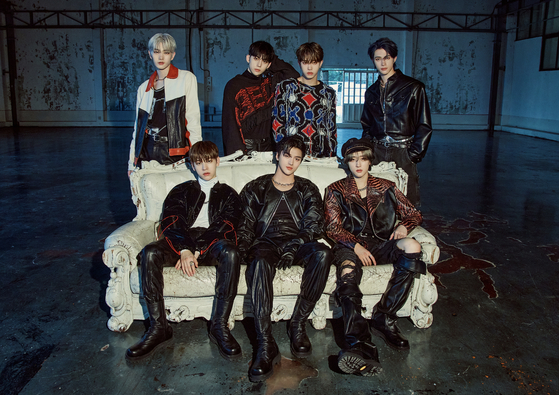 
The band said that with “Villain: The End,” it has grown to trust each other more than ever.

“Whenever we prepared for a new album for the ‘villain’ trilogy, we brought out different concepts and performances, which made us come together and talk about it more and practice a lot,” Hyeop said. “We feel like we really grew as a team, and we realized that Drippin has developed its own style. The members have so much trust for each other now.”

Drippin was dripping with confidence, with members like Dong Yun sharing behind-the-scenes stories about how his throat got sore from “singing intensely” for some of the rock tracks, and Jun Ho actually hurting himself while playing two parts in the music video.

“We’ll make sure that Drippin becomes a band that is ‘the one’ anywhere,” Yun Seong said.

Drippin is a seven-member band that debuted in 2020 with the EP “Boyager.” It consists of members Yun Seong, Hyeop, Chang Uk, Dong Yun, Min Seo, Jun Ho and Alex. All members, except for Alex, had previously appeared on Mnet’s highly-successful K-pop audition show “Produce X 101” in 2019.