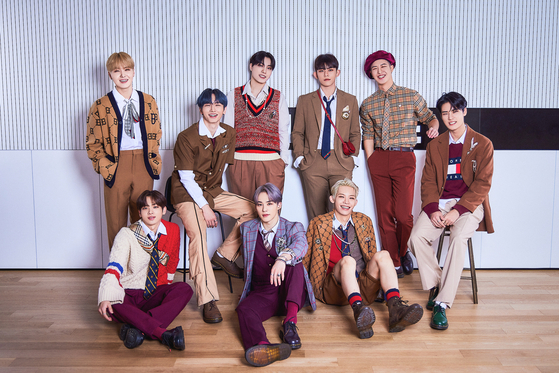 TO1 poses during a press interview for its latest EP ″UP2U″ at agency Wakeone’s headquarters in Mapo District, western Seoul, on Friday. [WAKEONE]


“I think there are many different types of rascals. This album specifically centers on elite prep school students with a tinge of mischief.”

This is what Ji Su of boy band TO1 said about its upcoming EP “UP2U,” which is set to be released Wednesday. The boy band has been sticking to its rascal-like concept since its last EP “Why Not??,” which dropped in July.

According to the nine members during a press interview at agency Wakeone’s headquarters in western Seoul’s Mapo District on Friday, being a rascal entails multiple facets that they are eager to try out. 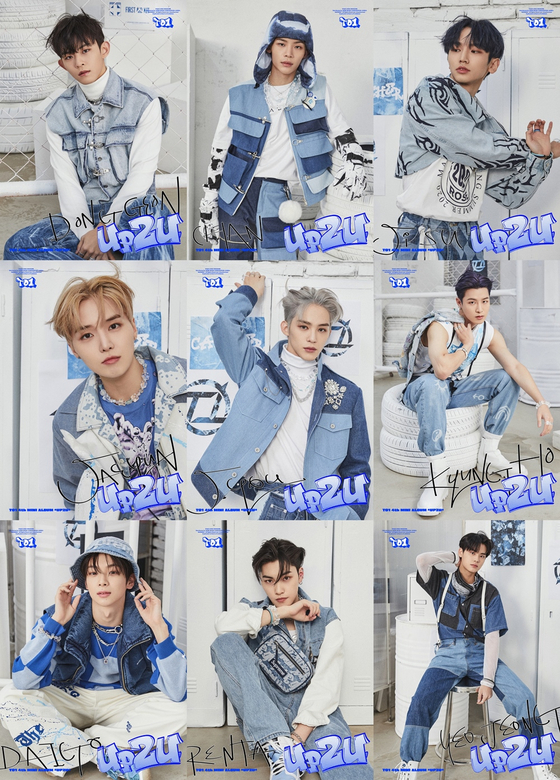 
The members, Dong Geon, Chan, Ji Su, Jae Yun, J.You, Kyung Ho, Daigo, Renta and Yeo Jeong, were gleaming with confidence as they introduced “Freeze Tag,” calling it a “song for the wintertime.” They explained that they were “very invested in creating the album.”

J.You wrote the rap lyrics for “Rude Boi,” a pop-dance track for which he said he felt it “was important to fit the song’s theme and atmosphere.”

“It’s about a person who, although they are initially used to receiving more than giving, meets someone and learns to express their own earnest feelings,” he said.

As for the song “Retro !ove,” Chan referenced the members’ strong suits and tried to reflect their energy and teamwork into the song. It was his first time writing, composing and producing all for one song.

“Freeze Tag” was written from the point of view of a person who “freezes” whenever he sees the girl he is in love with, likened to the popular children’s game of freeze tag.


Kyung Ho, the performance leader of the group, said that the members did their best to portray the individual characteristics of rascals.

“During the hook, you’ll see that the members show different ‘freeze tag’ gestures, because we wanted to focus on the performance,” Kyung Ho said. “It blends in rascals with different characteristics playing freeze tag with each other. And in order to make the song even more upbeat, we tried acting out the acceleration and ups and downs during the song.”

When asked when the best time to listen to “Freeze Tag” is, Kyung Ho recommended Monday mornings on the way to work and Friday evenings when getting off work, for a “lively way to begin and finish the week.”

“I listen to it three times a day — morning, lunch and dinner — and honestly, I never get sick of it. I would recommend listening to it all day long,” Ji Su said, laughing.

Jae Yun said that the song was “perfect for an icebreaker,” because “when you feel like you want to break the tiresome atmosphere when you go to work on Monday morning, ‘Freeze Tag’ is the way to do it.”

TO1 urged fans to dig into the details of “UP2U,” like how it does not simply touch upon just being playful; there is a storyline to it as well.

“The rascals we are illustrating appear rough and conceited on the outside, but become sort of childish and innocent when confronting love,” J.You explained.

The other four tracks also connect with “Freeze Tag.” For example, in “Rude Boi,” the members sing how they will become a “good boy” instead, and “Retro !ove” is described as a prequel to “Freeze Tag.”


TO1 has been present in the K-pop scene since 2019, after being formed that year through Mnet’s competition program “To Be World Klass.” At first it had 10 members, but four left and three new members — Japanese members Daigo and Renta and Korean member Yeo Jeong — joined the team, resulting in the nine members it has today.

“UP2U” is Daigo, Renta and Yeo Jeong’s second EP as a part of TO1, and, as the three youngest members, they collectively said that the others helped them a lot in adapting to the team.

“I actually think that if I had debuted through a rookie band and not TO1, I would have felt very lost because we all wouldn’t have known what to do,” Yeo Jeong, the youngest, said. “The others have so much experience on stage that the tips and guidelines they gave me were a huge help.”

Because “Freeze Tag” is being released in the cold winter and the title itself is very “wintery,” the members said, TO1 made sure to highlight such elements, especially in its costumes.

Pointing at their jewelry brooches, J.You explained that they are “shaped like ice,” and that the nine members’ school uniform-inspired outfits are fit for the first track of the album, “Troublemaker.”

“You can tell by the title already, but the song’s about how we, as troublemaker students, have come to take over the school, which is why we thought these outfits were the perfect fit,” Jae Yun said. “The point is that we’re rebellious, but not too rebellious; more like just rascals.”

“It’s crucial that the concept fits well, like a glove,” J.You said. “But for us, it wasn’t really a concern. We’re already like rascals and try to enjoy life, so it wasn’t necessarily us pretending to be one. It came very naturally, which is why I think it really suits us.” 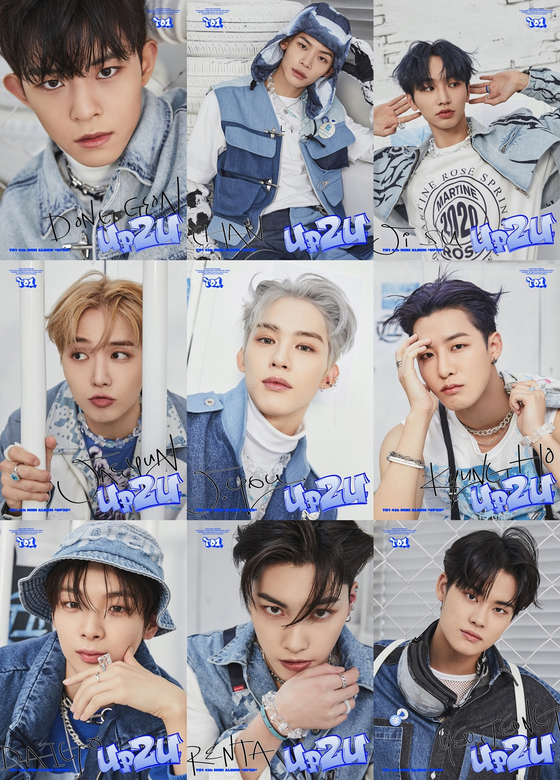 
Jae Yun and Chan agreed that fans get a glimpse into their playful moments through TO1’s reality shows, like the “TO1 High School” series on YouTube.

Because TO1 is a band of “K-pop idols that don’t act like it,” said J.You, the band aspires to gain the nickname “Global Rascals,” Daigo said.

“We truly think that our spontaneity and mischief can steal the hearts of fans and many more all over the world,” he continued. 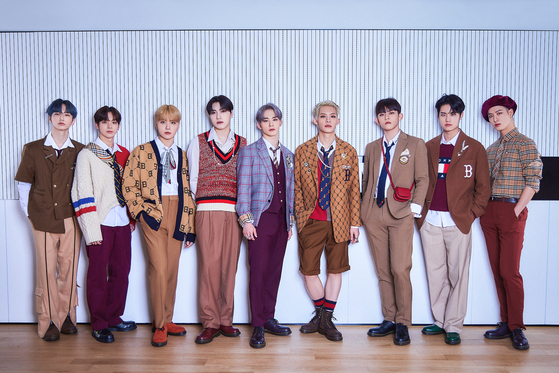 TO1 poses during a press interview for its latest EP ″UP2U″ at agency Wakeone’s headquarters in Mapo District, western Seoul, on Friday. [WAKEONE]


“I would like the team to be associated with wings,” Yeo Jeong said. “We are free-spirited and we hope this expands into the potential of being capable of flying anywhere. It gives us hope that we can do anything.”

“We’re trying to participate in the album production as much as we can, and we know how influential our message can be to fans,” Kyung Ho said.

Ji Su added, “Like how in our music we encourage listeners to be their own boss, we want people to live life by being in control and doing what they want to do.”

It goes without saying that TO1 hopes to score a No. 1 trophy in weekly music ranking shows, like KBS’s “Music Bank” or SBS’s “Inkigayo.”

“What about promising to sing ‘Freeze Tag’ live while sticking our feet in ice water if we win?” Dong Geon asked, laughing.

“Personally, I wish people would immediately think of our song whenever they see ice,” J.You said.