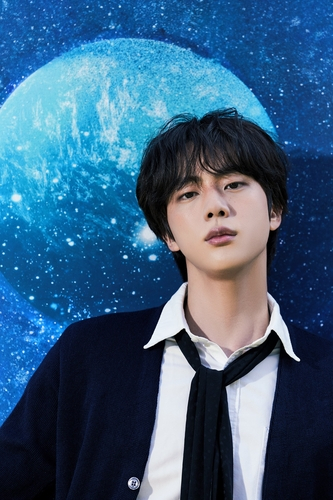 
BTS’s Jin is set to drop his new solo single “The Astronaut” today.

The song, co-written by Jin and British band Coldplay, will be released at 1 p.m., according to Jin’s agency BigHit Music. A music video will also be released.

Jin will perform the new song live with Coldplay during the band’s concert at the Estadio River Plate in Buenos Aires, Argentina, for the first time on the same day.

CGV will show the entire Buenos Aires performance, which is part of Coldplay’s “Music of the Spheres” world tour, at theaters on Oct. 29.

The live performance of “The Astronaut” will also be posted on BTS’s official YouTube channel.

BTS has previously collaborated with Coldplay, releasing the track “My Universe,” which debuted at No.1 on Billboard’s Hot 100 chart and stayed on the chart for 17 consecutive weeks.

“The Astronaut” will likely be the last music from Jin before he enlists for his mandatory military service.