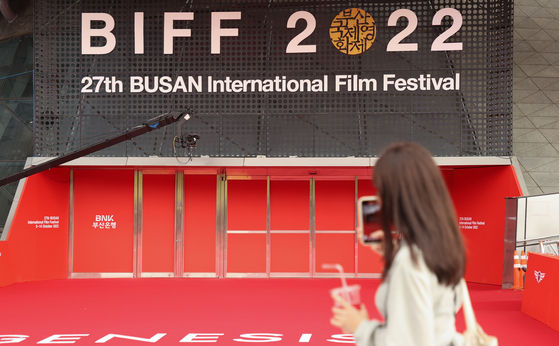 A woman takes a photo of the Busan Cinema Center ahead of the opening ceremony of this year’s Busan International Film Festival, which is scheduled for Wednesday night. [YONHAP]


The Busan International Film Festival (BIFF), which opened its doors Wednesday, is receiving criticism due to a security breach in its online ticket service.

Previously, a password set by the ticket holder was needed to change or cancel the ticket reservations for the films. This year, however, the password system was removed, allowing anyone who has information to the ticket holder’s name, phone number and date of birth to access the page to cancel or issue their tickets.

According to the BIFF committee, the measure was taken for “the people’s convenience.”

“We had received complaints that some people forgot their passwords,” the committee said. “That’s why we deleted the password setting. We checked that other major film festivals run things the same way. As of now, the new system is working well without any problems or accidents.”

However, some have voiced complaints over the festival’s lack of online security.

“Regarding security related to private information and ticket purchases, it’s common knowledge that convenience and operational safety are inversely proportional,” Prof. Baek Yun-ju of computer science and engineering at Pusan National University told the JoongAng Ilbo, an affiliate of the Korea JoongAng Daily.

“Even when you reserve tickets for express buses, you need a password. It’s hard to believe that [the festival] deleted the password for the sake of the audience’s convenience. BIFF has the highest number of festivalgoers and invited films compared to other film fests, so it needs to secure a better system to organize its event.”

This is not the first time for the festival to face problems related to its online service. On Sept. 20, the festival experienced a technical glitch, when the reservation site froze for 40 minutes, triggering complaints from customers waiting to get their hands on tickets for films screened at BIFF that usually sell out in minutes.

The 27th edition of the festival will run until Oct. 14.