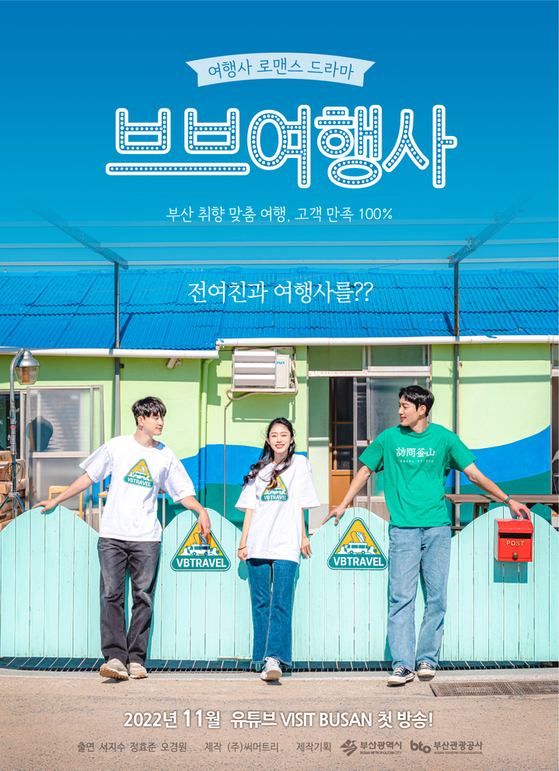 
The Busan Tourism Organization will premiere a web drama series on Nov. 17 to promote various sightseeing areas in the southeastern port city.

Titled “VB Travel,” the rom-com series will be posted to the organization’s official YouTube channel Visit Busan every Thursday and Friday.

“Our promotional web drama series from last year was a huge hit,” the Busan Tourism Organization said in a statement. “We hope that this show will also prove popular among the younger generation and foreign tourists, especially those who are interested in K-content.”

[Taste of Hansik] Add a hint of Korean to any meal with easy, homemade geotjeori

Korea’s love-hate relationship with Gordon Ramsay and his restaurants