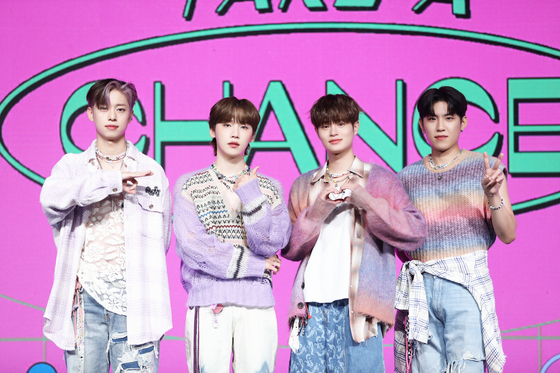 
AB6IX, pronounced “A-B-six,” is heavily invested in making its own music.

And on Tuesday, the band showed that it wasn’t ready to end the year just yet, returning with its EP “Take a Chance” and the lead track “Sugarcoat.”

“’Take a Chance’ is an album that’s about how there is always an opportunity for anything,” Lee said, during an online press showcase event. “We put many of the thoughts we had while traveling abroad into its songs.” 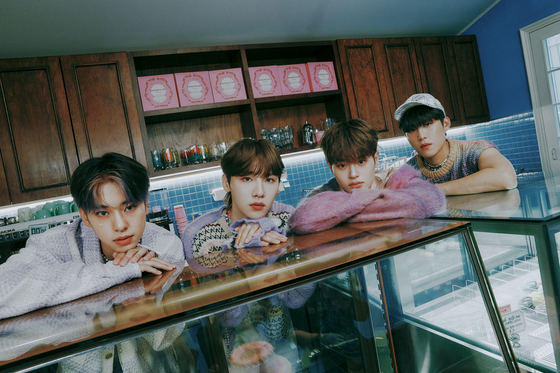 A concept image for AB6IX’s ″Take a Chance″ [BRANDNEW MUSIC]


The EP has seven songs: “Paranoia,” “Sugarcoat,” “Weightless,” “Complicated,” “Resonance,” “Crow” and the Korean version of “Chance,” which was originally an English-language song.

Lee composed and wrote the lyrics to “Sugarcoat.” Park is also a lyricist, and for “Take a Chance” he took part in writing “Sugarcoat,” “Complicated,” “Resonance” and “Chance (Korean Ver.).”

AB6IX performed “Sugarcoat” — an upbeat track with a mix of soul, hip-hop and R&B — as well as “Complicated,” a pop-R&B number that was produced by boy band Monsta X’s Hyungwon.

“There was a lot of pressure while working on this album,” Jeon said. “We want to bring something fresh to the table every time we come back with new music, but at the same time we’re worried if fans will really like it. We did our best in every aspect of the album.”

As for working with another K-pop star, Kim said that he was honored as he was always a fan of Monsta X and that Hyungwon was “really attentive” while they were recording “Complicated,” which “helped me feel less tense.” 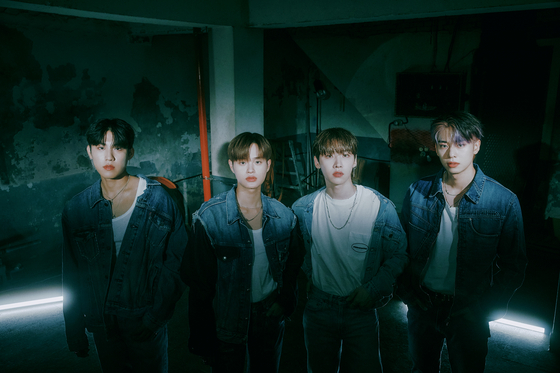 A concept image for AB6IX’s ″Take a Chance″ [BRANDNEW MUSIC]


Lee explained that “Sugarcoat” makes him extremely happy, because he had initially been feeling compulsive about producing songs that should be overwhelmingly good and novel.

“Those feelings actually prevented me from coming up with anything,” Lee said. “I realized that I should instead write about something that may be common but still relate to everyone, which is why I thought of the keyword ‘love.’ It helped me to move past those feelings and to be more relaxed — that’s how ‘Sugarcoat’ came to be.”

The members talked about how their recent international fan events motivated them to work harder for “Take a Chance.”

“They are memories that really helped us get the energy for this album,” Kim said.

“There were probably a lot of Abnew [the name of AB6IX’s fans] that have seen us for the very first time in person, and I was really surprised to see how there are so many fans all over the world,” Jeon said. “It made me realize that Abnew is our driving force.”

Kim, Park and Lee participated in season two of Mnet’s popular survival show “Produce 101” in 2017. Park and Lee landed in sixth and third place, respectively, earning them spots in the project boy band Wanna One, which had 11 members. Kim’s final ranking was 28. After Wanna One’s contract ended in early 2019, AB6IX was formed and debuted. 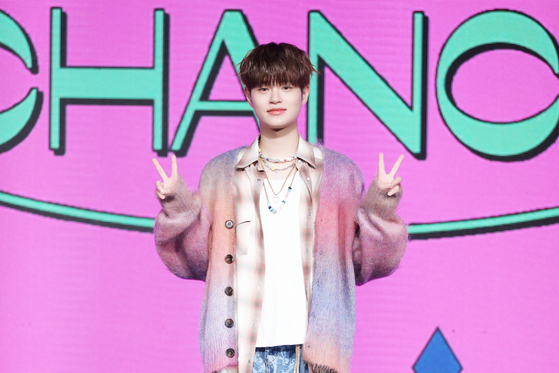 This information was confirmed by BrandNew Music on Oct. 4, 2022.