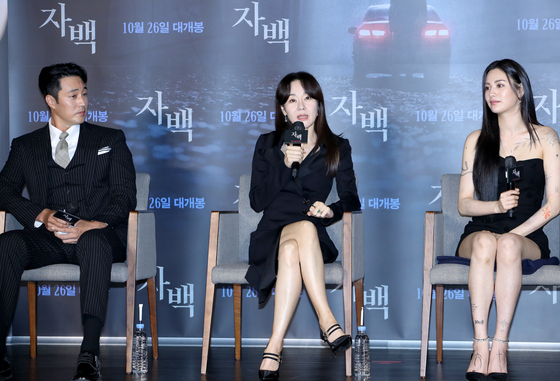 Actors, from left, So Ji-sub, Kim Yunjin and Nana, attend the press event for director Yoon Jong-seok’s mystery thriller film “Confession” on Tuesday at the Konkuk University Entrance branch of Lotte Cinema in eastern Seoul. The story revolves around a successful businessman, played by So, who becomes a suspect in a murder case. Kim plays a lawyer who tries to prove her client’s innocence. Nana plays the character who holds the key to the truth. The film is slated to hit local theaters on Oct. 26.  [NEWS1]