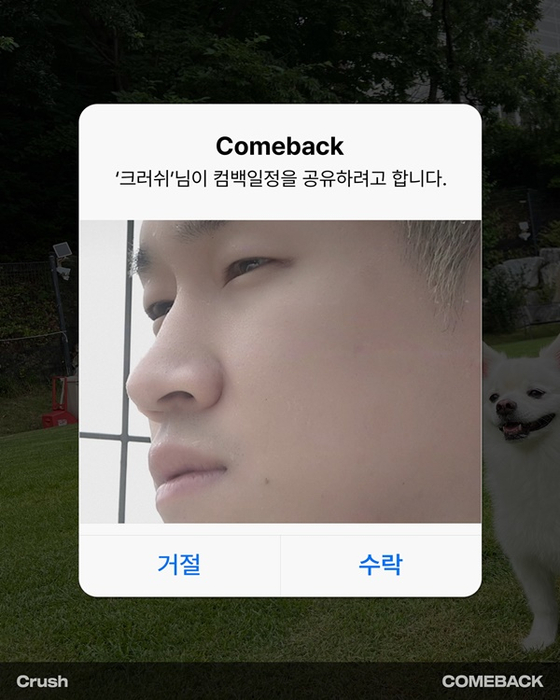 
Singer and songwriter Crush has completed his mandatory service and is hinting at his return with a new release.

P Nation, the artist’s label headed by singer PSY, posted a picture of Crush on its official Instagram on Wednesday with text that reads “Crush wants to share his comeback schedule.” His dog Doyou can be seen dimly in the background. The singer released a song in 2019 inspired by his 6-year-old Japanese Spitz. The dog has nearly 900,000 followers on its own Instagram.

A release by Crush soon would be his first in nearly two years. Before he began his military service, he released “With HER” in October 2020.

Not long after he was discharged on Aug. 11, he was confirmed positive with Covid-19 and had to be quarantined before making the announcement of his return.