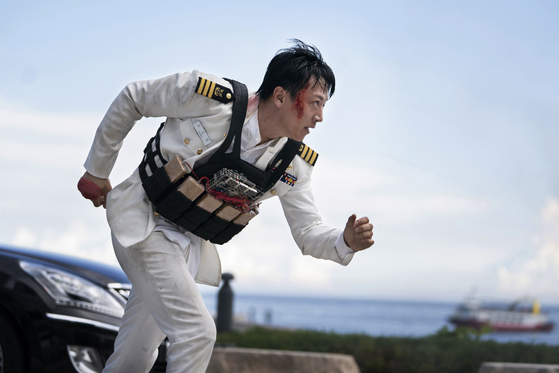 Actor Kim Rae-won in a scene from “Decibel” [MIND MARK]


Would you kill a few people to save some others? Who should live and who should die?

“Decibel” tackles these moral dilemmas as a retired navy submarine commander, portrayed by 41-year-old Kim Rae-won, tries to stop a terrorist from planting a series of noise-sensitive explosives.

In the film, Kim is less heroic and more passive as he is forced to work his way through threats and ultimatums from the terrorist in situations where there is no good answer. 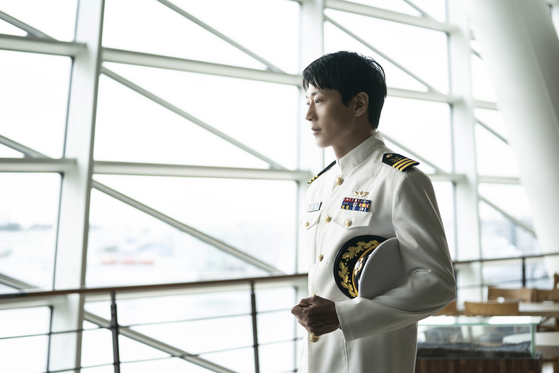 
The actor said in a press interview on Oct. 9 that he knew this going into it, but decided to take on the role anyway because he saw value in the story.

“My character doesn’t really have that ‘bang’ moment in this film, and I, as an actor, I didn’t want to be so dramatic while acting as him because the more that my character suppresses his anger and other emotions, the more intense the plot becomes,” said Kim at a cafe in Jongno District, central Seoul.

“Also, I know now at this point in my career, that I can’t always think about myself and have everyone and everything revolve around me. I don’t act just for myself, but for the success of the entire film.” 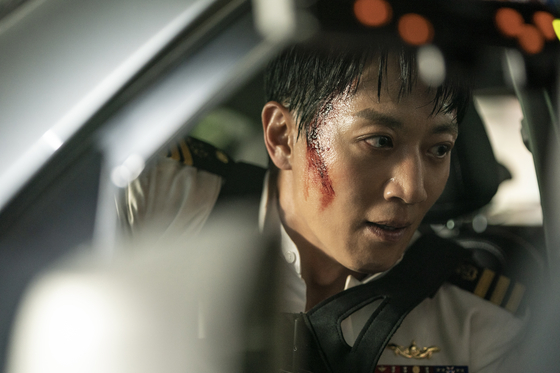 Actor Kim Rae-won in a scene from “Decibel” [MIND MARK]


Kim didn’t hold back when it came to action scenes, which included jumping off of buildings, intense car chases and physical fights. He said that he did most of the action sequences himself, instead of having a stuntman do it for him.

“A lot of the action scenes in ‘Decibel’ are full of emotion, and I thought it would be important to relay all of my character’s anger and sadness in those scenes,” said Kim. “So instead of having a stunt double do them, I told the director that I would do most of the scenes myself.”

The action scenes in “Decibel” are on a massive scale. The bombs are planted all around Seoul’s most crowded areas, such as the Incheon Asiad Main Stadium and a water park.

And while there are many movies about explosives, director Hwang In-ho said that “Decibel” is the first to use the idea of time bombs designed to go off quicker when the noise level hits a certain point. 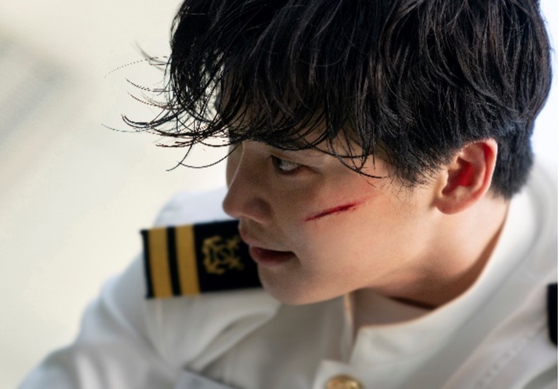 Actor Lee Jong-suk in a scene from “Decibel” [MIND MARK]


“This film was initially inspired by an image that I had of a bomb that would go off inside a pool of a water park when the lifeguard blew the whistle as a go sign for everyone to enter the pool and all the kids screaming because they were so excited,” said the film’s director Hwang In-ho during another press interview on Oct. 10, at Jongno District.

“We had an amazing cast,” said Hwang. He was especially taken with actors Lee Jong-suk and Cha, who played submarine officers under the command of Kim’s character. 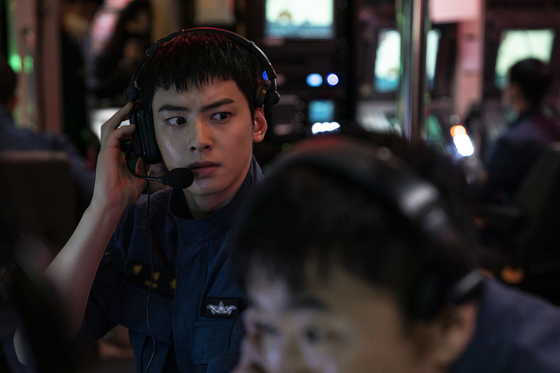 Actor Cha Eun-woo in a scene from “Decibel” [MIND MARK]


“For Jong-suk, I casted him because of his ability to act without speaking,” he said. “He is able to tell a story with just his eyes and his expression, and only the best in the field can do that. I also liked the versatility of the actor’s face. He can seem very kind and gentle, but he can also seem more sharp and wicked.

“As for Cha Eun-woo, he is an actor with incredible potential. Everyone says how good looking he is, but if anything, his good looks get in the way of people realizing how seriously good of an actor this guy really is.”

It is Cha’s first time acting in a commercial film. While the actor doesn’t have too much screen time, he makes an impact when he does appear. Kim said he was “very impressed” by the actor considering it was his first time on screen.

“Decibel” is set to premiere in local theaters on Nov. 16.