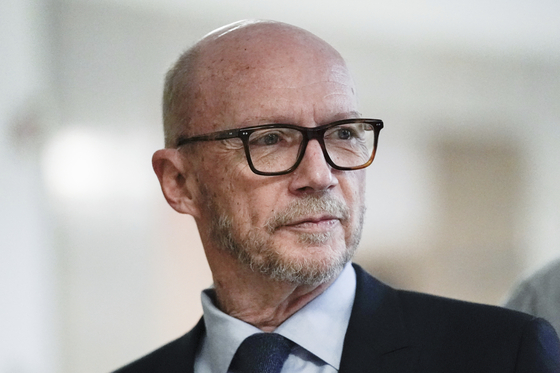 
Jury deliberations are due to start Thursday in a rape civil case against filmmaker Paul Haggis, tasking a six-person panel with sifting through dueling narratives about what happened between him and a publicist on a night in 2013.


In accuser Haleigh Breest’s telling, she reluctantly agreed to a drink at the “Crash” and “Million Dollar Baby” screenwriter’s apartment, then was subjected to unwelcome kisses, forced to perform oral sex and raped as she repeatedly refused.

“This is a horror film by Paul Haggis, and only you can end it,” one of her lawyers, Ilann Maazel, told the jury in a summation Wednesday.

By Haggis’ account, he’s fighting a false claim by a show-business publicist who took a shine to an Oscar winner, signaled interest for months and was a partner — by turns hesitant and eager — in a consensual encounter.

“This lawsuit has utterly destroyed him,” defense lawyer Priya Chaudhry said in her closing argument, urging jurors to “set Paul free of these false allegations.”

Breest, now 36, and Haggis, 69, met while she was moonlighting as a staffer at movie premieres in New York. They chatted at events and exchanged emails, interactions that he sees as flirtatious feelers but she says were a typical public relations person’s efforts to build rapport.

After a screening on Jan. 31, 2013, both sides agree, Haggis offered Breest a ride home and invited her to his loft for a nightcap. She suggested a bar instead.

When he remained set on the apartment, she accepted but said she wasn’t going to spend the night. She calls that a clear message that sex wasn’t on the table; he said he took it as a “playful” gambit.

Shortly after they arrived, he went to kiss her. And after that, their accounts and characterizations of the night and its aftermath diverge substantially.

Chaudhry portrays Breest as a star-struck young woman who was excited about her night with the screenwriter-director, became disappointed that he didn’t ask her out again and twisted “a consensual, somewhat awkward one-night stand” into a sexual assault to try to get a payout — and payback.

“She’s lying. She’s not upset about what happened in Paul Haggis’ apartment that night. She’s upset that he never invited her back,” Chaudhry said in a closing argument. “There are three ‘r’ words in this case: reject, regret, revenge. None of them are rape.”

Breest’s lawyers paint Haggis as a scheming narcissist who repeatedly used his cinematic chops and Hollywood status to prey on women who came into his professional orbit.

“When it comes to young women he’s attracted to, he uses that manipulation to get sex, one way or the other,” regardless of consent, Maazel said.

Besides Breest, four other women testified that Haggis sexually assaulted them at separate points going back to the 1990s — claims that he denies and his lawyer suggested were manufactured to bolster Breest’s lawsuit. The other women aren’t suing.

There are no criminal charges associated with the case.

The Associated Press generally does not identify people who say they have been sexually assaulted unless they come forward publicly, as Breest has done.