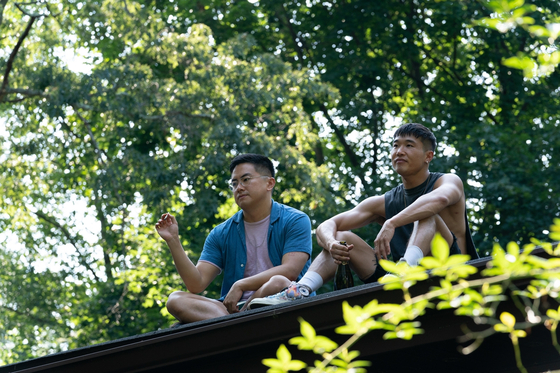 
Imagine American classic “Pride and Prejudice” by Jane Austen reinterpreted as a modern-day gay romantic comedy and the setting is none other than Fire Island Pines, referred to as America’s first gay and lesbian town.


Disney+’s original film “Fire Island” sees Korean-American lawyer Noah visit Fire Island Pines with his other gay friends. It’s here that he meets another lawyer Will, who is a replica of Austen’s character Mark Darcy.

Noah has tight-knit relationships with his friends, similar to Elizabeth in “Pride and Prejudice” and her bond with her sisters. Elizbeth’s mother Mrs. Bennet who closely watches over her daughters is substituted in the film by Erin, a lesbian godmother figure to the friends.

The characters in the film refer to the Pines as “a gay Disney World,” a symbol of childhood imagination and family. British daily newspaper The Independent praised the film as “a true, escapist romcom at a time when audiences are still undernourished when it comes to queer romances that don’t end in death and despair.”

The filmmaker behind “Fire Island” is Andrew Ahn, a star in the independent film industry who earned recognition for his debut movie “Spa Night” (2016), for which lead actor Joe Seo won the Special Jury Award for Breakthrough Performance at the 2016 Sundance Film Festival. His second feature film “Driveways” (2019) had its world premiere at the Berlin International Film Festival in 2019. His works front protagonists who struggle with their sexual identities and immigrants of Korean descent. 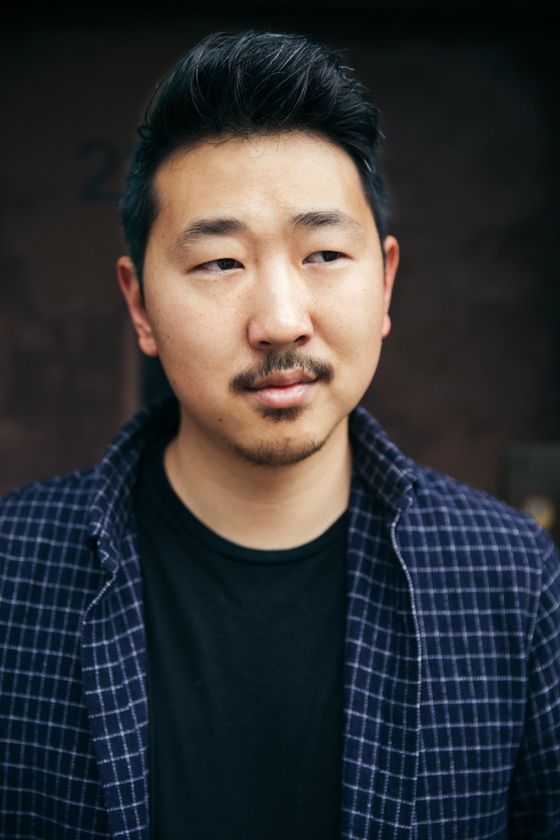 
Local critic Heo Nam-woong described the filmmaker as “a sponge who absorbs all of the value assets of social minorities.”

Ahn, who was invited as the main guest for the Master Class section of this year’s Seoul International Pride Film festival (Sipff) which runs until Wednesday, believes it’s “a sign of positive change” for a studio giant such as Disney to finance and support films such as “Fire Island.”

The festival’s Master Class section annually singles out and hosts a retrospective of one filmmaker whose work portrays social minorities and LGBTQ rights.

“I’m very fortunate that Disney put a lot of faith in Searchlight Pictures [which produced and distributed ‘Fire Island’],” Ahn said in an email interview with the JoongAng Ilbo, an affiliate of the Korea JoongAng Daily last week. “I hope that ‘Fire Island’ inspires many young queer filmmakers to tell their own stories and that these stories will get the support of studios like Disney.” 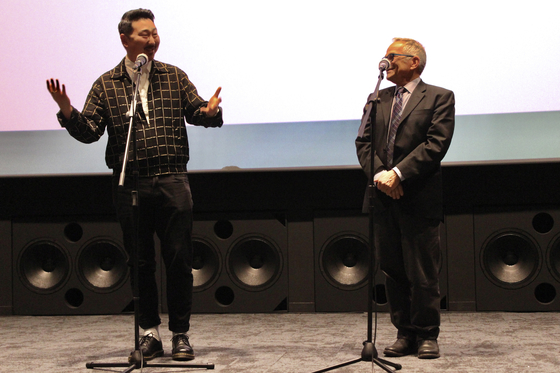 
In “Fire Island,” Korean-American actor and screenwriter Joel Kim Booster portrays Noah. Booster also took the helm of the film’s script and co-production. Ahn and Booster have been friends since 2016.

“There aren’t many queer Korean-American people in the film and television industry, so we stuck together,” Ahn said. The idea for the film derived from Booster, who had an epiphany on his vacation while reading “Pride and Prejudice” on the beach of Fire Island.

“He [Booster] realized that a lot of the themes and ideas in the book were echoed in his experience on the island,” Ahn said. “Joel is a super smart artist with a lot of ambition — he decided he wanted to write a film adaptation himself […] When I heard that Joel was working on a gay Asian-American ‘Pride and Prejudice’ set on Fire Island, I knew I wanted to direct it.”

Ahn’s films also shine a spotlight on Asian American actors, who Ahn is always on the lookout for.

“I love making films about Asian-Americans because there are so many talented Asian-American actors and never enough roles for them!” Ahn said. “I’m very lucky to have worked with excellent casting directors. I also watch a lot of Asian-American film, always searching for new talent. One of my favorite actors I’ve had the chance to work with is Hong Chau in ‘Driveways.’ She’s luminous. She brings life to every frame. On ‘Fire Island,’ I was blessed with such an amazing Asian-American cast, including Joel Kim Booster, Bowen Yang, Conrad Ricamora, and of course Margaret Cho. Margaret Cho was such an inspiration for me as a young artist — I remember watching her television show ‘All American Girl’ [1994-95] I watched her stand-up specials in college.” 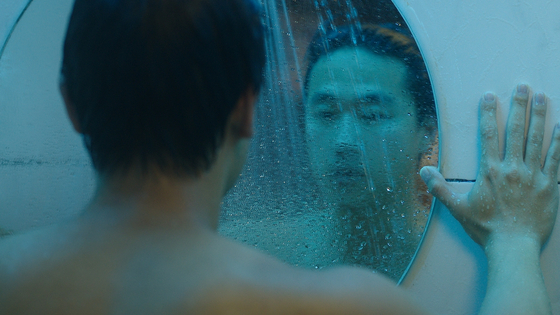 Ahn’s feature debut “Spa Night” (2016) revolves around an 18-year-old gay boy named David living in Koreatown, Los Angeles, who helps out his financially-struggling family by working as a part-time cleaner at a spa. [SIPFF]


His debut feature film “Spa Night” is a dark interpretation of a coming-of-age story centering on an 18-year-old gay character named David living in Koreatown, Los Angeles, who works part-time at a spa to help out his financially struggling family. His two prior short films “Andy” (2010), which revolves around a conflict between a father and a six-year-old boy who tries on lipstick, and “Dol (First Birthday)” (2011), which is told from the perspective of a Korean-American boy who attends his cousin’s first birthday party, both take on a similar gloomy atmosphere.

Since “Driveways,” however, which portrays a friendship between a Korean-American boy and a retired white veteran of the Korean War, his films have taken on a lighter and brighter tone. Sipff showcases all five of Ahn’s films during its seven-day run. 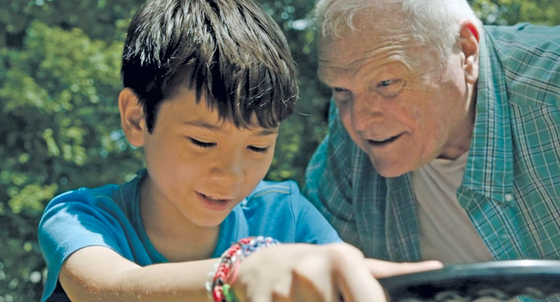 “Driveways” (2019) revolves around the friendship forged between a Korean-American boy and a retired white veteran of the Korean War (1950-53). [SIPFF]


“I agree that ‘Driveways’ and ‘Fire Island’ are much more optimistic films than ‘Spa Night,’” Ahn admitted. “When I was making ‘Spa Night,’ I was still trying to understand my own identity as a queer Korean-American person, but it was always my intention with that film to define a Korean- American culture within itself, not in relation to whiteness. I understand that perception is important, but my main audience and my priority has always been queer Asian people.”

When asked about his portrayals of the Korean celebration of a baby’s first birthday, referred to as dol, which pop up in “Dol” and “Spa Night,” Ahn said that they derive from personal significance. 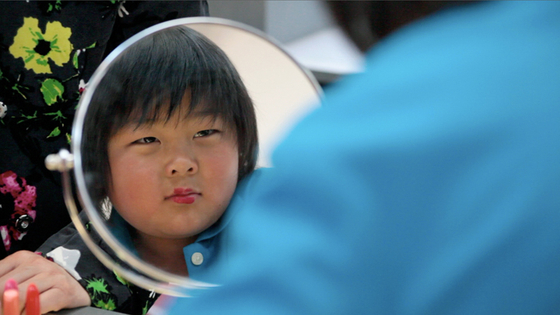 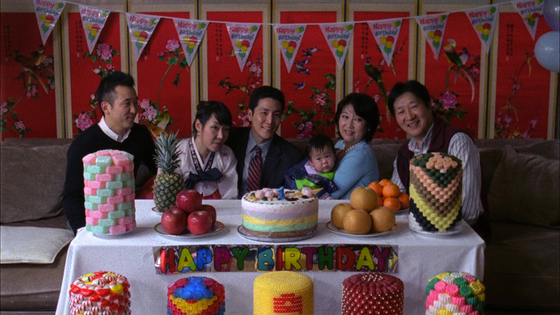 
“The ceremony feels very meaningful, especially for immigrant families where so much pressure and expectation is placed on the children, the next generation,” he said. “At the same time, the ceremony is almost irrelevant. Many parents don’t remember what their children picked. My parents didn’t remember! We had to look up the video. I picked the spool of thread. I’m really interested in cultural ritual, because as a queer Korean-American, I can feel excluded from Korean culture because so much of it is rooted in heterosexuality — a Korean man marries a Korean woman and has a Korean child. In creating my films about these ceremonies, I’m trying to find ways to make it queer.”

“It may sound very strange, but I do love bathrooms! We’re very human and very vulnerable inside a bathroom! We’re forced to be ourselves. We have to reckon with our bodies. I’m always looking for vulnerability and truth in my work — and bathrooms are a great setting for that.”

The filmmaker said the long-lasting Covid-19 pandemic has had an influence on his projects.

“After living through the first year of the pandemic, I wanted to do something that focused on joy and friendship, things that were missing from my life because of Covid,” he said. “I want each film project to teach me something new, to take me to a new place. I want to use my filmmaking as a tool to help me explore the world and my existence.”

The invitation from Sipff marks Ahn’s fourth visit to Korea. He will also spend his time catching up with his family.

“I’m also very excited to see family that I haven’t seen in many years. I’ve invited my parents to join me in Korea — we’ll spend some time reconnecting with aunts, uncles and cousins. I haven’t been to Korea with my parents since that first trip nearly 30 years ago.”

“More recently, I watched Bora Kim’s ‘House of Hummingbird’ [2019] and loved it — such a fantastic, humanist film […] There are so many talented people within the Korean film community. I’m not sure what project I could work with them on, but hopefully one day there will be a career opportunity to do so!”