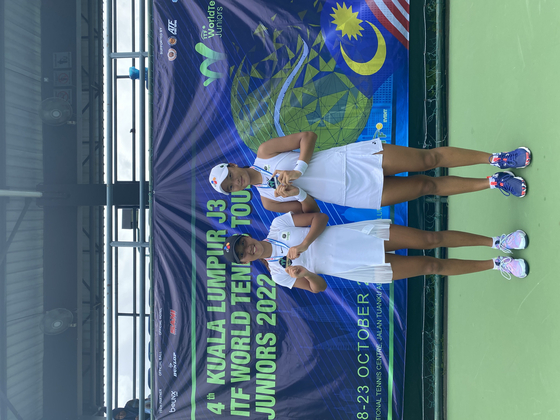 Jang Ga-eul, left, and Choi On-yu pose for a picture after the medal ceremony for the J3 ITF World Tennis Tour Juniors 2022 tennis tournament in Kuala Lumpur on Sunday. Jang won the girls’ singles gold medal, beating Choi in the final. The two also came together to win the doubles gold at the event, allowing Jang to sweep the medal table. [SPORTIZEN]