Fire breaks out at an open storage facility in Pyeongtaek

Fire breaks out at an open storage facility in Pyeongtaek 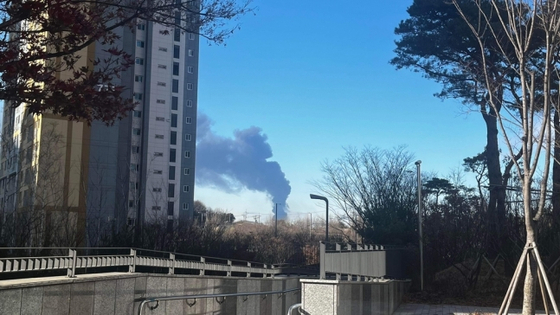 Smoke billows up from a fire that broke out Friday morning in Pyeongtaek, Gyeonggi. [YONHAP]


A fire broke out at an open storage facility in Pyeongtaek, Gyeonggi, at 10:29 a.m. Friday.

The local fire department received a report that a fire had broken out and were dispatched to the scene. They subsequently issued the first stage of emergency response at 10:53 a.m., 24 minutes after the fire initially broke out.

A total of 29 pieces of equipment such as pump trucks and 70 fire department personnel have been deployed to the scene as of 11:27 a.m.

No casualties have been confirmed.

The police and fire authorities will investigate the circumstances of the fire as soon as it is extinguished.