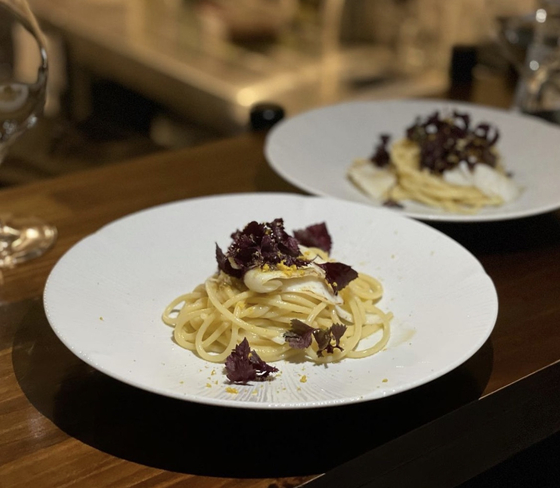 
If you want a proper meal in Korea you better be ready for a big dose of carbs. While rice or noodles are the traditional way to ensure you’re full at the end of dinner, pasta is an increasingly popular choice.

Most Koreanized pasta restaurants tend to stick with a basic pasta-plus-tomato-sauce approach, but that is slowly starting to change as restaurants look to stand out from the crowd with more traditional or creative offerings. The more diners get used to more traditional pasta, the chefs work on developing new recipes to keep the diners’ attention.


Chef Lim Eung-gyu has mixed Italian and Japanese culinary traditions together to create Campo. At this small pasta bar in a residential area of Gangdong District, eastern Seoul, chef Lee does it all himself. In the open kitchen, he serves scallops in passion fruit sauce as an appetizer to make his menu more refreshing, and combines cooked fish with zucchini in his pasta to bring out the seafood umami.

Lim sometimes uses the combination of cooked mushrooms and yuja (or yuzu) to help his food stay on the lighter side. Diverging from using either cream or tomato sauce, he offers ingredients that are often used in Japanese cuisine mixed with what’s common in an Italian oil-based sauce. 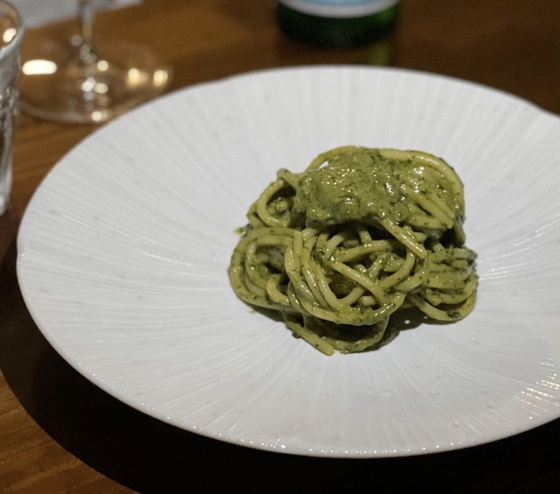 
At Campo you don’t have to fight over who gets to have a larger portion. When two people visit the restaurant and order pasta, the restaurant splits one order onto two plates to ensure every guest has their own portion. Of course when three people dine together, one dish comes on three small plates.


The restaurant is planning a move to a more central part of Seoul in Hannam, Yongsan District in November. The operation will continue at the current location until the end of October.


At Perigee there is a hint of American mixed in with the Italian. Chef Lim Hong-keun, who used to work at Michelin-starred Italian restaurant Marea in New York, was inspired by food he experienced during his time in New York with his wife, and Shin Ga-young, about 10 years ago. 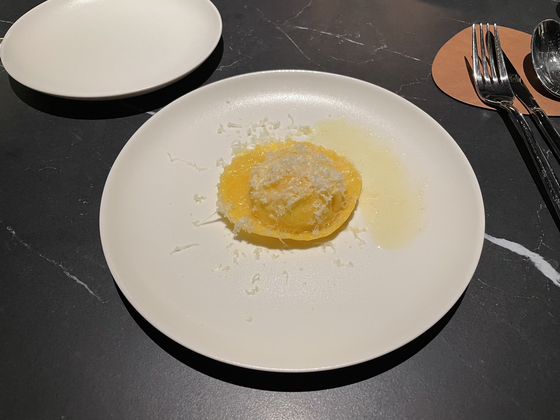 
One of the signature items at Perigee is an éclair made with chicken liver mousse topped with pistachio crumble to start, and one large raviolo made with brown butter and gruyere cheese with a hint of lemon. Many also go for the lasagna served in tomato sauce. It has all the classical components of a typical lasagna with béchamel sauce, yet each layer of pasta is crispier to add more texture.

Out of the flood of Italian restaurants in Seoul, Perigee is one of the most difficult to secure a seat at. Reservations open on one day each month for the following month, and usually all the seats are gone within a few minutes. If you want to see what the hype is all about, go for the November reservations, which open on Oct. 15 at 11 a.m. 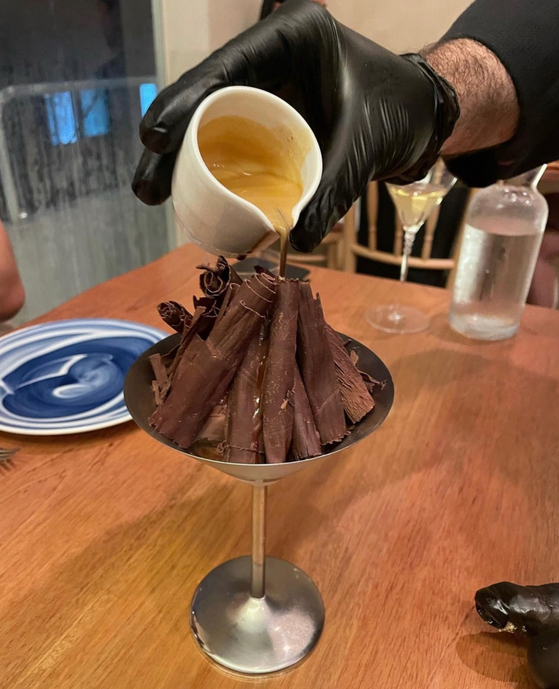 A chocolate dessert with a shot of espresso at Borgo in Yongsang District, central Seoul [LEE SUN-MIN]


Italian chef Santino Sortino leads the kitchen to offer something strictly Italian at Borgo. After over a decade of running different Italian restaurants in Seoul, he now unveils his Italian-inspired classics at Borgo.

Besides a selection of savory and hearty dishes, the restaurant is well-known for a variety of Italian desserts. You can make your own plate of tarts by choosing what’s available from a cart by the entrance of the restaurant. The restaurant also has a wide selection of digestives, such as grappa and sweeter house-made lemoncello, so that diners can find a reason to stay a little longer.


Evidence offers different choices of pasta in a set. Although tables are available, most diners prefer to sit by the bar to see the chefs in action right in front of them and watch how the dished are made from scratch. The kitchen is decorated with white cabinets and tiles, making it feel more like a broadcasting studio with the diners seated for a live cooking show. 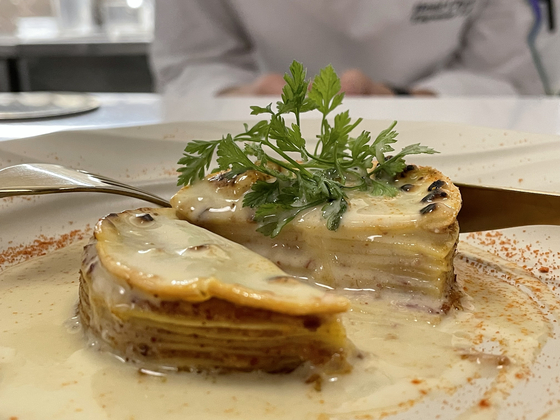 
Most of the noodles are made from scratch in order to enhance the flavor of the ingredients chef Lee Tae-woo chooses. If truffles are added, they are actually added to the noodle dough. The dishes are all inspired by classic pasta recipes, but with a twist chef Lee adds to make diners think that what they are getting is more international.