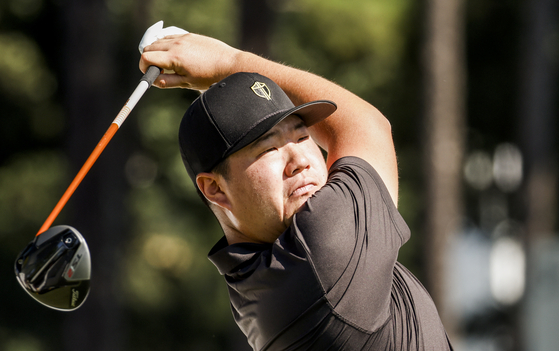 Im Sung-jae hits his tee shot on the seventh hole during a practice round for the 2022 Presidents Cup at the Quail Hollow Club in Charlotte, North Carolina on Tuesday. [EPA/YONHAP]


One of the most coveted events under the PGA Tour, the 2022 Presidents Cup tees off Thursday with a record four Koreans — Im Sung-jae, Kim Joo-hyung, Lee Kyoung-hoon and Kim Si-woo — competing for the International Team at Quail Hollow, North Carolina.

Foursomes are also called alternate shots as it is a form of play where two players form a team and play one ball in alternating order on each hole. There are also two-player teams for four-ball, but each player plays his own ball. The lower score of the two players is chosen as that side’s score for the hole.

A win is worth one point, for a total of 30 points across the entire tournament. As each side receives a half-point for tied matches, there are no playoffs. The first team to reach 15.5 points wins the Presidents Cup.

The event has no purse or prize money, nor are players paid for their participation. However, each competitor is permitted to allocate an equal portion of the funds generated to charities of his choice. 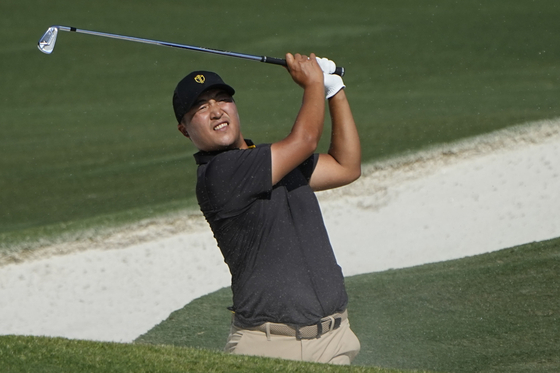 Lee Kyoung-hoon hits on the fifth hole during practice for the Presidents Cup at the Quail Hollow Club on Tuesday in Charlotte, North Carolina. [AP/YONHAP] 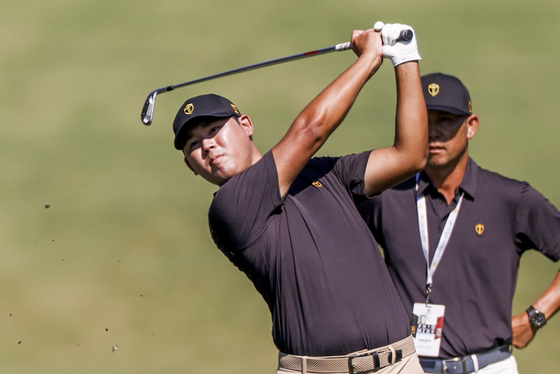 Kim Si-woo hits his second shot on the seventh hole during a practice round for the 2022 Presidents Cup at the Quail Hollow Club in Charlotte, North Carolina on Tuesday. [EPA/YONHAP]


This year’s Presidents Cup will be especially exciting for Korean golf fans, as there will be four Koreans competing for the first time ever.

Since the Presidents Cup was created in 1994, the most Koreans on the International Team was three in 2011, when K.J. Choi, Yang Yong-eun and Kim Kyung-tae competed.

Im and Kim Joo-hyung were the first two to secure their seats in the competition as the top eight players on the Presidents Cup International Team Points List in August, while Lee and Kim Si-woo joined two weeks ago as International Team captain Trevor Immelman’s six picks.

Not only will there be four Koreans playing the event, but Korean golf legend Choi has also been appointed as one of the four assistant captains, joining the leadership of the International Team for a third time. 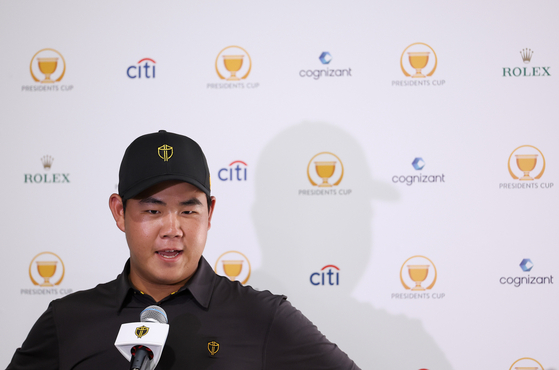 Kim Joo-hyung talks to media during a press conference prior to the 2022 Presidents Cup at Quail Hollow Country Club on Tuesday in Charlotte, North Carolina. [PGA TOUR]


All eyes are on Kim Joo-hyung after he became one of the best Cinderella stories on the PGA Tour last season, rapidly climbing up the rankings in the final few weeks of the 2021-22 season.

After receiving special temporary membership on the Tour in July following The Open Championship, Kim burst onto the scene two weeks later with his first-ever win at the Wyndham Championship, earning a PGA Tour card and the right to compete in the first two legs of the FedEx Cup Playoffs. 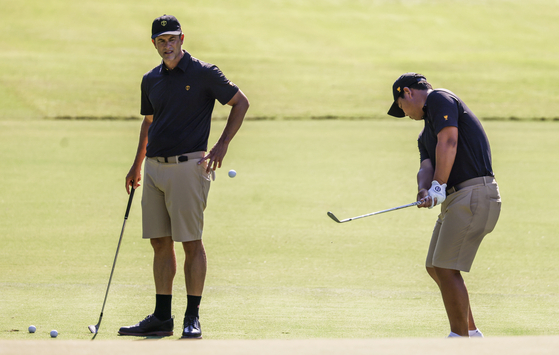 Adam Scott of Australia, left watches as Kim Joo-hyung chips onto the sixth green during a practice round for the 2022 Presidents Cup at the Quail Hollow Club in Charlotte, North Carolina, on Tuesday. [EPA/YONHAP]


Veteran star Adam Scott of Australia, who will play alongside Kim on the International Team, touted him as the team’s “little secret weapon” ahead of the Presidents Cup.

“Tom could be our little secret weapon,” Scott said, referring to the English name Kim uses at competitions. “He’s won on the PGA Tour, and this is the next challenge in his career. He’s obviously good enough to do it on the big stage. This is his first real opportunity.

“I think it’s fantastic as Tom doesn’t have the English language barrier — and I’m not picking on anyone else — and that’s a real asset. I think a guy like him, he may not know it and no one has picked up on it, he’s going to help bring our team together even more as he can really cross over between us and the other Koreans, although they speak some pretty good English. It really helps integrate our team.”

Another International Team player, Sebastian Munoz of Colombia who is also one of eight rookies on Immelman’s side, described Kim as the glue that holds their team, which comprises of players from Australia, Canada, Chile, Colombia, Japan, South Africa and Korea, together.

“I feel like it’s always been kind of tough to integrate the Koreans with us, but I feel like having Tom on the team, he’s super fluent and super funny so he really helps the whole team kind of mesh in that aspect. I feel like that’s something we’ve benefitted and it’s only going to help us accomplish our goals.”

Kim will be looking to contribute to his team on his debut at the Presidents Cup and is relishing his moment in the spotlight at Quail Hollow.

“It’s hard to put into words about how pumped I am,” said Kim.

“I’m the youngest guy on the team, and I’m a big jokester. So playing that role, I feel like I can bring good energy and, you know, bring enlightenment to the team.”

Kim’s Korean teammates are also looking forward to seeing what he brings to the team.

“He’s got a great sense of humour, brings a lot of positive energy and obviously he’s the youngest player, so he’s kind of the baby,” said Im, who finished his season tied for second in the 2022 FedExCup final standings. “[He] brings a lot of humour to keep the energy very light hearted.”

The Presidents Cup will be contested from Thursday to Sunday at Quail Hollow Club in Charlotte, North Carolina.