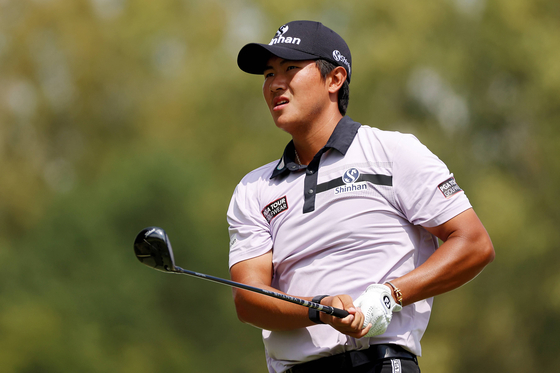 Kim Seong-hyeon watches his tee shot on the 17th hole during the third round of the Korn Ferry Tour Championship presented by United Leasing & Finance at Victoria National Golf Club on Sept. 3 in Newburgh, Indiana. [AFP/YONHAP]


A total of six Koreans will compete on the PGA Tour as the 2022-23 season kicks off Thursday, with An Byeong-hun making his return to the top tier of men’s golf and Kim Seong-hyeon making his debut, alongside existing Tour members Im Sung-jae, Kim Joo-hyung, Lee Kyoung-hoon and Kim Si-woo.

But Im, Kim Joo-hyung, Lee and Kim Si-woo all plan to sit out the opening Fortinet Championship this weekend, with former PGA Tour members Noh Seung-yul and Kang Sung-hoon joining the field.

With the 2021-22 PGA season in the books after Rory Mcllroy won the Tour Championship on Aug. 28, this year will mark the last time that the PGA season starts in September as this week’s Fortinet Championship opens the last of 10 consecutive wraparound seasons.

After the next Tour Championship in August of 2023, the PGA will finally take a break from FedExCup action until January of 2024, when the following 2024 season launches. The 2024 season will run from January to August.

For the first event of this season, four Koreans have thrown their hats into the ring, with An and Kim Seong-hyeon having earned their 2022-23 season PGA Tour cards this August.

With the top 25 golfers on the Korn Ferry Tour Regular Season Eligibility Points List earning PGA Tour cards for the new season, Kim Seong-hyeon and An secured their tickets by finishing in the No. 12 and No. 13 spots. 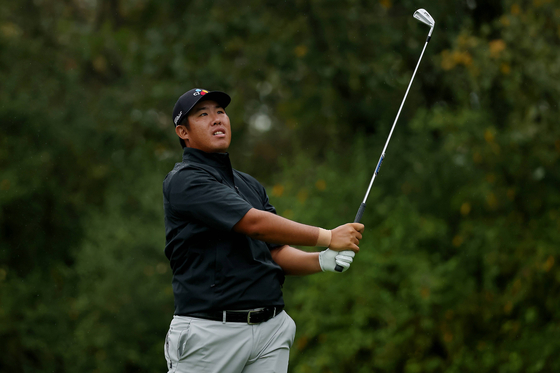 An Byeong-hun watches his tee shot on the second hole during the final round of the Korn Ferry Tour Championship presented by United Leasing & Finance at Victoria National Golf Club on Sept. 4 in Newburgh, Indiana. [AFP/YONHAP]


After joining the PGA Tour in 2016, An returns this season after falling back to the Korn Ferry Tour for the 2021-22 season, when he finished at No. 164 in the FedExCup Standings.

An won his third event on the Korn Ferry Tour this season, the Lecom Suncoast Classic in February, and tied for second at the Veritex Bank Championship in April to earn back his seat on the PGA Tour.

“My goal [at the Korn Ferry Tour] was to get my card back,” said An during a pre-tournament interview on Wednesday. “I’m sure everyone does. At the back of my mind, I asked would I get it back this year or how long is it going to take to get my card back, or if you’re going to be here for the next couple of years.

“I didn’t know I was going to win that early in the season as it was only my third event. I wouldn’t say it was totally unexpected but it was nice to get that win early and lock my PGA TOUR card. It’s not something unexpected but it’s something I can be very proud of myself as I achieved my goal early.”

For Kim Seong-hyeon, this will be his rookie season on the PGA Tour after finishing in the top 10 at four Korn Ferry events. His two best finishes were tied for second at the Lecom Suncoast Classic in February and a solo second-place finish at the Lake Charles Championship in March.

Kim Seong-hyeon turned professional when he was 18 and won a Korean Tour trophy in 2020. He also won on the Japan Golf Tour last year, before deciding to venture to the United States. 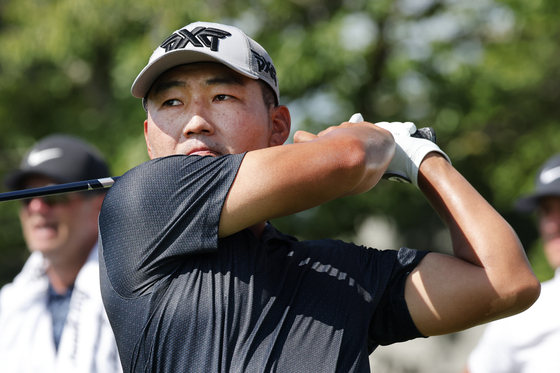 Kang Sung-hoon hits his tee shot on the 10th hole during the first round of the Wyndham Championship on Aug. 4 in Greensboro, North Carolina. [AP/YONHAP] 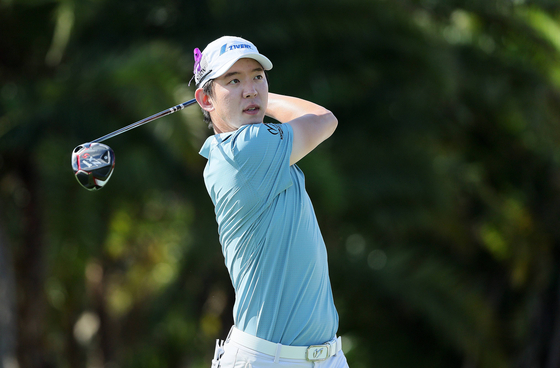 Noh Seung-yul tees off from the eighth hole during the first round of The Honda Classic at PGA National Resort And Spa on Feb. 24 in Palm Beach Gardens, Florida. [AFP/YONHAP]


Kang will participate in the Fortinet Championship as a sponsor exemption after finishing at No. 173 in the FedExCup standings last season.

PGA Tour players who finish between No. 126 and No. 200 on the FedEx Cup standings can only protect their Tour card by making it in the top 25 at the Korn Ferry Tour Finals. Kang finished tied for 65th.

Noh joined the three Korean golfers at the last minute, making it through the Monday qualifiers, an 18-hole stroke play qualifying round ahead of the main tournament, to qualify for the Fortinet Championship.

Noh finished the previous season at No. 187 on the FedEdCup Rankings, failing to earn his Tour card for this new season.

Noh qualified for the Fortinet Championship after a six-for-two playoff and with his new wife carrying his bag for the first time ever.

After Taylor Lowe and Alex Lee of the United States qualified for the first two of the four available spots, Noh was left to battle five other golfers for the remaining two spots in this week’s field.

Five-time Tour winner Aaron Baddeley advanced through the playoff, forcing Noh to face four golfers for the final spot. he emerged victorious from the five-man logjam and earned himself a sport at Silverado Resort and Spa Thursday.

The Fortinet Championship runs from Thursday to Sunday.