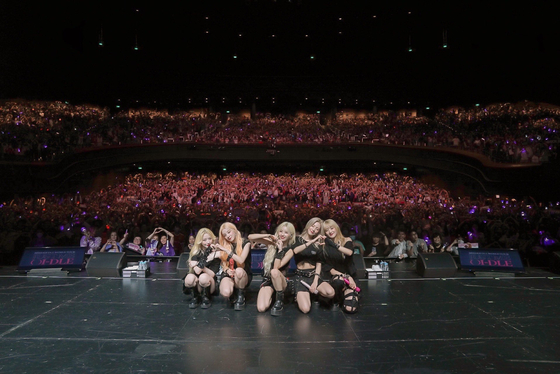 “We’ve completed our first world tour,” said the girl group after its final show in Singapore on Saturday. “There must have been some parts where we fell short, but we are so thankful and happy that Neverland [the girl group’s fandom] sent us so much love. We’ll come back with new looks and music for our next tour, so keep your expectations high.”

On Monday, (G)I-DLE revealed its final concept images for its upcoming fifth EP “I love,” set to drop on Oct. 17. The lead track “Nxde” and other songs will be made available that day at 6 p.m.