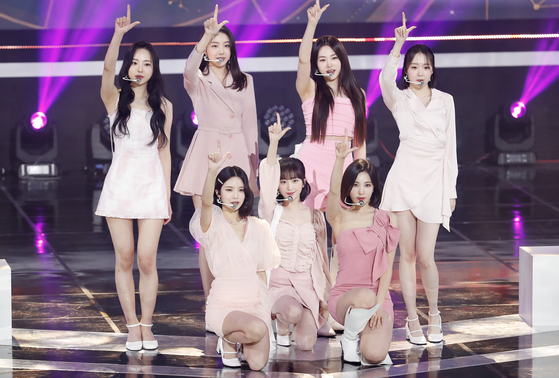 
Girl group Alice is gearing up to release its EP “Dance On” on Oct. 27. The upcoming release is the first by the girl group under its new name Alice, which was given to the group by its new label IOK Company in April.

IOK Company released a schedule for Alice’s upcoming events on Wednesday. On Oct. 7, the girl group will reveal how many tracks will be on its new EP.

Then a series of concept photographs for the new EP will be released until Oct. 14.

On Oct. 24, a snippet of the title track will be released.

The girl group was formerly called Elris and managed under a different label. IOK Company decided to revive the group which had been gradually falling off the public’s radar.

Two of its seven members also changed their names for a fresh new start.

Member Yang Hye-sun, whose stage name was Hyeseong, even changed her legal name to Yang Yeon-je and has been working under the stage name Yeonje for Alice. Member Bella changed her stage name to Do-A.

The members of Alice are Do-A, Yeonje, Chaejeong, EJ, Karin, Sohee and Yukyung. The girl group debuted in June 2017 with its EP “WE, first.” The group had been on a hiatus for more than two years.