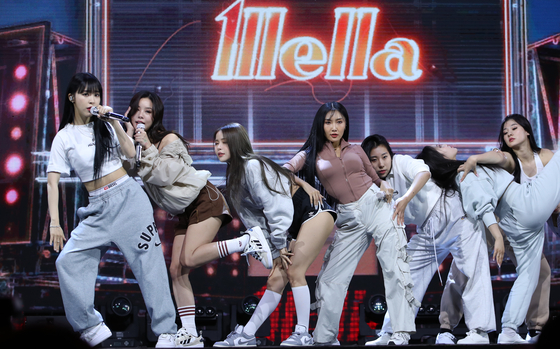 Girl group Mamamoo performs during its showcase for a new EP ″Mic On″ at Yes24 Live Hall in Gwangjin District, eastern Seoul, on Oct. 11. [NEWS1]


Girl group Mamamoo will kick off its first-ever world tour titled “My Con” with a Seoul concert next month.

Mamamoo’s label RBW announced Tuesday that the girl group will hold a three-day concert at Seoul’s Olympic Hall from Nov. 18 to 20 and then tour different cities around the world.

The label did not specify exactly what cities the group will perform in. Tickets for the Seoul concert will go on sale from Oct. 19.

The group recently released its 12th EP “Mic On” with the lead track is “Illella.” It came one after the release of its seventh anniversary album “I Say Mamamoo: The Best.”