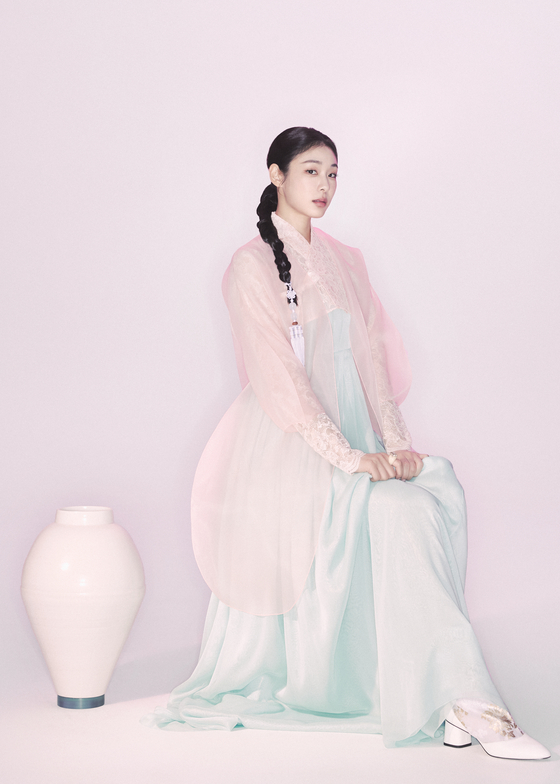 The hanbok, or Korean traditional dress, that Olympic gold medalist figure skater Kim Yuna took part in designing will be showcased on the runway of a London fashion show, according to Ministry of Culture, Sports and Tourism on Tuesday.

The fashion show titled “Hanbok Fashion Show, The Hanbok Wave” (translated) will be held at Victoria and Albert Museum, London, on Tuesday. A video of the fashion show will be posted on the museum’s “Hallyu! The Korean Wave” exhibition website afterward.

The show is part of efforts to bolster the hanbok business outside Korea.

Kim also participated in a photoshoot of some 60 hanbok designed by 10 different brands. The clothes will be presented during the upcoming fashion show.

Later this year, a video of Kim wearing hanbok during the photo shoot will be displayed on electronic billboards in Times Square, New York.

“Hanbok and Hallyu have been listed as official words in the UK’s Oxford Dictionary and the interest in Korean traditional wear is growing,” said an official from the ministry. “With Kim Yuna’s participation in the fashion show, we hope that more people will come to realize the charms of hanbok and that hanbok-related businesses will succeed beyond local borders.”