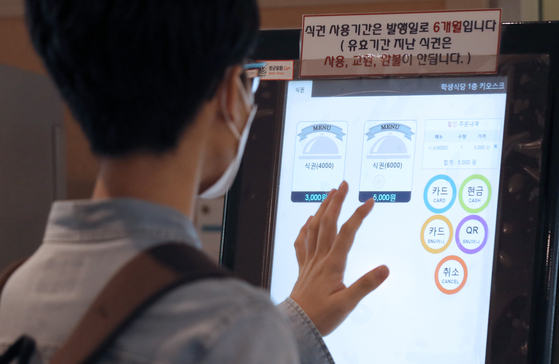 A student orders from the school cafeteria [NEWS1]


Waking up to the rude ringing of an alarm, the average university student gets dressed quickly and rushes out for their first week back to in-person classes. Although things might seem unchanged from halcyon pre-pandemic days, there is one big difference — the price of school cafeterias and cafes.

The severe inflation felt hard in Korea and the rest of the world is rooted in several causes including the ongoing Russian war in Ukraine, drought conditions induced by climate change and the lingering effects of the Covid-19 pandemic.

The hunt for affordable meals has particularly permeated the daily lives of university students, who have to survive off pocket money, part-time jobs and low tutoring wages. With the majority of colleges transitioning back to in-person classes this semester, students are searching for effective ways to get by on and off campus, and have come up with creative ways to cut back, save up and make ends meet.

The biggest compromise is, unsurprisingly, food.

Lim, an undergraduate student studying medicine at Seoul National University (SNU) who declined to share her name, says she choses to eat a 1,000 won ($0.70) meal instead of going to other school cafeterias which have notably increased in price but decreased in quality.

The 1,000 won meal, which was originally launched in the SNU Student Center cafeteria in June, 2015, to help students eat a balanced breakfast, was soon extended to all three meals in January 2018 to provide students with cheap yet filling meals. 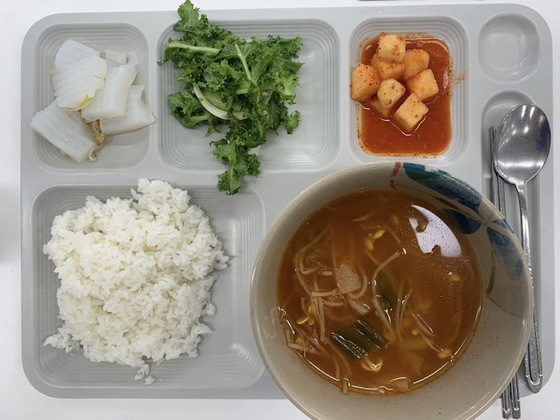 
The choice to expand and continue this affordable meal has been especially beneficial for students this past year. Although the quality of the 1,000 won meal is not optimal, Lim thinks that it has better value than other cafeterias which have increased in price from around 3,000 won to around 7,000 won.

Lim also finds herself eating at the College of Arts cafeteria this semester, which used to be less popular due to its relatively higher cost before Covid-19, but has became known for its value at around 5,500 won as other prices have overtaken it.

“Before the cafeteria increased their fees, I would not mind having a meal or two there,” said Andrua Haque, a student at SNU. “After the increase, it does not seem rational for me to spend money on the cafeteria because the price does not differ much when compared to the food outside the campus.” 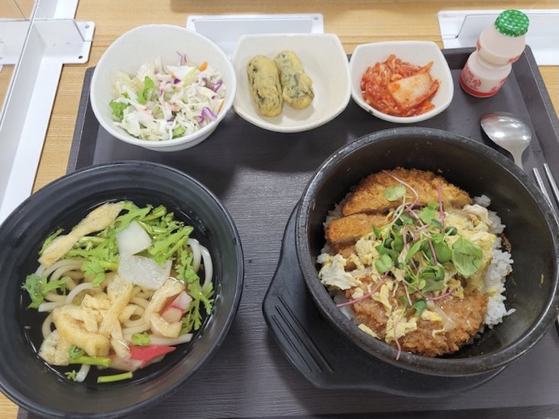 
Dissatisfied with the quality of school cafeteria food, Haque feels as if he would rather spend a few thousand won more off campus on a proper meal.

The proper meals off campus, however, are also becoming increasingly difficult to enjoy on a daily basis. With the return to in-person classes, college students have resumed the bapyak culture of seniors treating younger classmates at a nice restaurant and cafes off campus.

Lim also commented on the financial burden of having to dine and socialize off campus, especially due to the prices of cafes matching or even exceeding the prices of restaurants. She finds herself avoiding these meet-ups and resorting to less expensive school cafeteria meals or eating take-out on her own.

Lee Ga-eun, also an undergraduate student at SNU, says she also tries to avoid engaging in bapyak and instead quickly wats meals at cafes on campus. One place she often goes to is The Lab, where she is able to buy a small cup of kimchi fried rice at a lower price than other restaurants.

Venues such as The Lab, however, are simply better alternatives, not solutions, to the price problem as their costs have also risen significantly compared to the pre-Covid era.

Other alternatives include buying meal kits and cooking at home. However, for college students, cooking is not always an easy option.

“I do cook from time to time but when one goes to classes and gets involved in many activities, it gets extremely hard to cook,” said Haque. “At least for me, the effort itself is tiring.”

Haque finds himself resorting to delivery apps, which can definitely be quicker and more convenient than cooking. However, another problem arises with the significant increase in the cost of food delivery, which is impacting students’ meal choices.

For example, ordering from the closest KFC to the SNU dormitory would cost at least 14,000 won due to the minimum order value and delivery fees. Ordering bunsik, fast food and reasonably-priced Korean dishes, from famous franchise Sinjeon would cost at least 18,000 won for fast delivery.

Fast food and bunsik are meals that students would normally eat for their good value at less than 10,000 won, but inflation in delivery service charges has made it increasingly difficult for students to order.

“No matter how much [I try] to live on a budget, it is certainly almost impossible to do that in Seoul,” said Haque.

Despite the struggle to live on a budget in Seoul, students do end up finding clever ways to cut back on costs.

Lee utilizes applications such as Coupang to compare the costs of necessities such as masks and water, and buys the products offering the lowest price in bulk. She also often goes to convenience stores and has downloaded separate apps for each convenience store to use their own payment methods such as GS Pay to get discounts of up to ten percent and gain loyalty points.

Lim also agrees with the effectiveness of such apps and uses the Ttareungi app to save on transportation costs when traveling relatively short distances. The app allows users to pay 5,000 won a month to rent a bike for one hour each day.

Instead of spending around 2,000 won to 3,000 won a day on public transportation fees, Lim is able to ride a Ttareungi bike at a much lower pre-paid price. 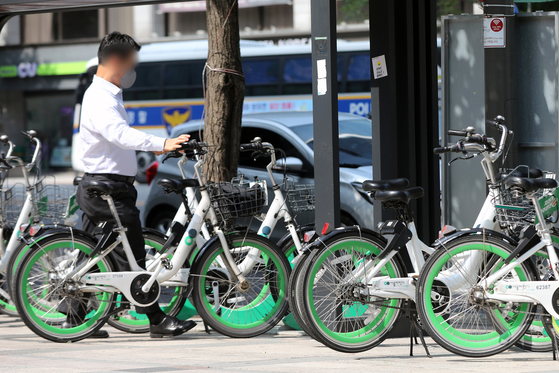 A passerby rents a Ttareungi bike in Seoul. [NEWS1]