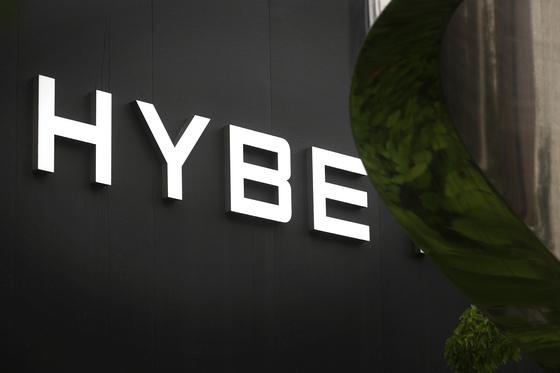 HYBE’s logo is seen outside the company’s headquarters in Yongsan, central Seoul. [YONHAP]

The deal was signed between Flint and HYBE IM, a gaming subsidiary of the largest K-pop company HYBE founded last March. The announcement came as a part of the G-Star 2022 annual game festival held at Bexco, Busan.

Dragon Blaze 2 is a massively multiplayer online roleplaying game (MMORPG) based on the Dragon Blaze game, developed by Flint and published by Com2uS Holdings in 2014. It is set for release next year, but a date has not been set yet.

HYBE CEO Park Ji-won announced on Nov. 3 during a conference call that the company seeks to expand its gaming business with a publishing deal, saying that the company will “collaborate with a well-known game company.”

HYBE has been diversifying its business portfolio to reduce its dependence on boy band BTS. The members are set to take a break from group activities as they complete their mandatory military service.