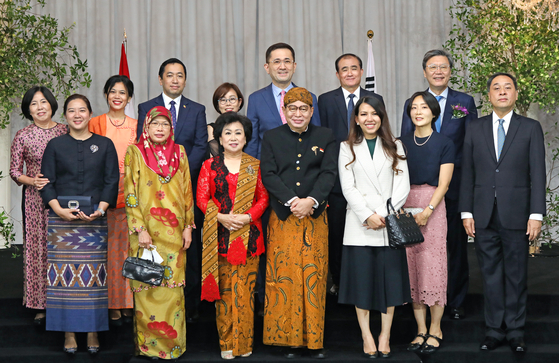 Indonesian Ambassador to Korea Gandi Sulistiyanto, fourth from left in front row; his wife Susi Ardhani Sulistiyanto, third from left; Chung Eui-hae, director general of the Asean and Southeast Asian Affairs Bureau of the Foreign Ministry, second from right; and other ambassadors and former ambassadors of Asean member states and Korea celebrate the 77th Anniversary of the Independence of Indonesia on Some Gavit Island in southern Seoul on Wednesday. [PARK SANG-MOON]