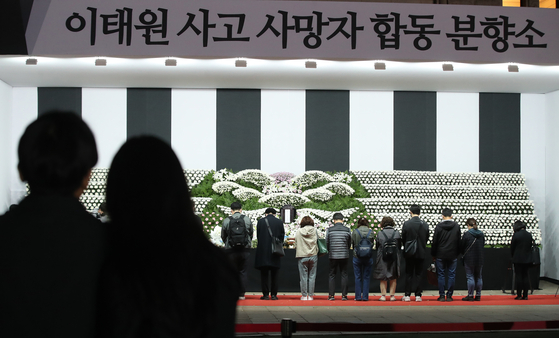 Mourners pay respects at a joint memorial set up near Seoul Plaza in Jung District, central Seoul on Monday night to those who died in the Itaewon crowd crush. [NEWS1]

One more fatality was confirmed from the Halloween crowd crush in Seoul, raising the death toll from the tragedy to 155, officials said Monday.

A 24-year-old Korean woman was declared dead as of 9 p.m., according to officials at the Central Disaster and Safety Countermeasures Headquarters.

A total of 30 remain in serious condition, while 122 others sustained minor injuries, they said.