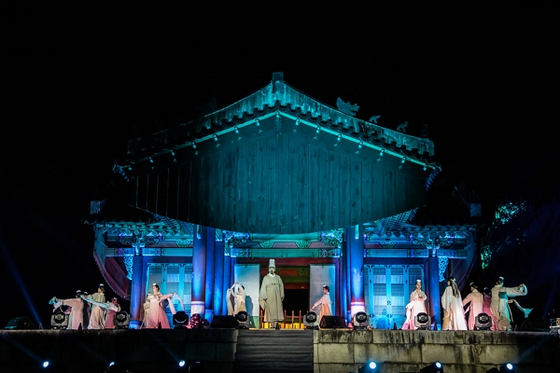 A highlight scene from ″Garden of Gods,″ is being performed on Friday in Taereung, Nowon District in northern Seoul, to signal the start of this year’s Joseon Royal Tombs Festival. [KOREA CULTURAL HERITAGE FOUNDATION]


The state funeral of Queen Elizabeth II was held on Sept. 19 and preceded by many events for 10 days after her death on Sept. 8. Referred to as the “Operation London Bridge,” the British government followed the intricate protocol of handling the queen’s death, which ranges from succession rules to the process of bringing the queen’s coffin from Balmoral Castle in Scotland to Westminister Hall in London on a horse-drawn gun carriage, then to Westminister Abbey and finally to Windsor Castle so that the queen can be buried on the castle grounds next to her husband who died last year.

Anyone who got to witness even a part of the royal funeral would understand how much work and resources go into such events.

But a 10-day mourning period pales in comparison to the funeral traditions of the Joseon Dynasty (1392-1910). 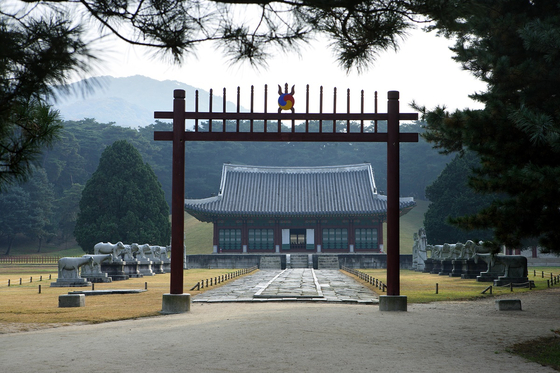 
It took about five to seven months to prepare for the funeral after the death of a Joseon king or queen. The death of a king or a queen was the country’s greatest sorrow, therefore, the rituals were more solemn and detailed and the funeral was prepared over a long period of time. Similar to “Operation London Bridge,” Joseon had “Gukjo Sangrye Bopyeon,” drawn up by King Jeongjo in 1776 which details the procedures of funeral rites of royalty. Following the death of a Joseon king, three temporary offices were immediately established to take charge of getting the king’s body ready for the funeral, the funeral ceremony and the construction of a royal tomb. 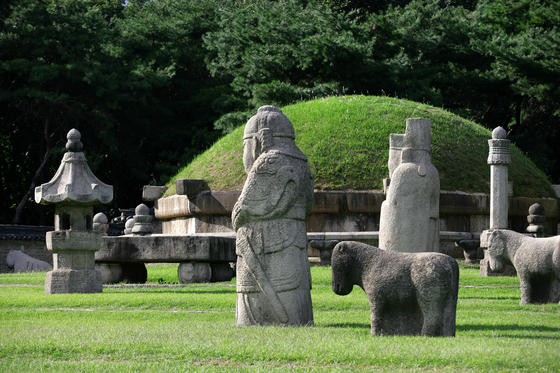 The Joseon Royal Tombs Festival kicked off on Saturday at nine of the 40 royal tombs that are scattered over 18 locations in Seoul and out skirting regions. The above is Seolleung, home to King Seonjong (1457-1494), the 9th king of Joseon and his third wife Queen Jeonghyeon (1462-1530). [YONHAP]

The government said because many years have passed since the global recognition they don’t seem to be “truly appreciated and enjoyed by the people.”

To combat this, the Cultural Heritage Administration’s Royal Palaces and Tombs Center and Korea Cultural Heritage Foundation decided to organize the festival three years ago to invite people to the royal tombs so that they can “learn about them and also enjoy the great nature that surrounds them.” But due to the Covid-19 pandemic, this year’s is the first off-line festival.

Under the theme “New Vision for Joseon Royal Tombs,“ the organizers have prepared an array of programs that invite people to actually visit the tomb sites so that they can “see for themselves first, how beautiful the sites are.” 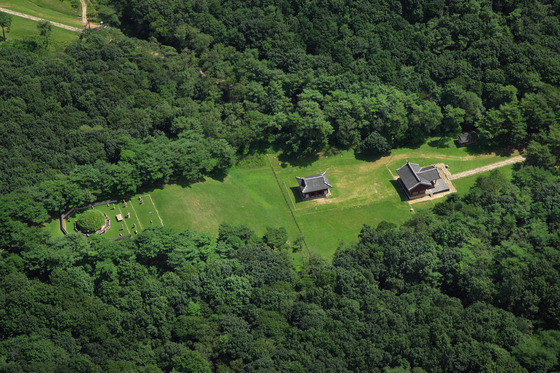 The location of the king’s burial site was carefully selected according to pungsu jiri, the Korean version of feng shui, or geomancy. The above picture is Donggureung in Guri, Gyeonggi. [KOREA CULTURAL HERITAGE FOUNDATION] 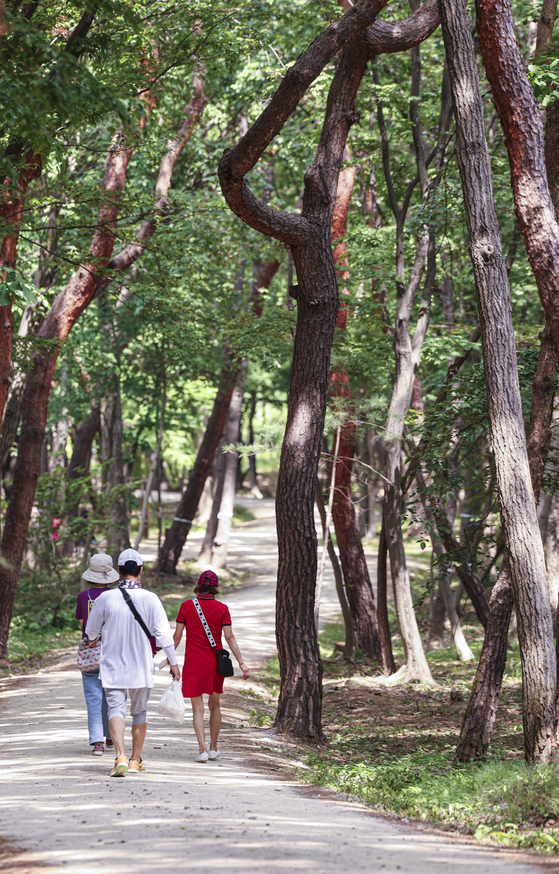 A walking tour program has been organized at different Joseon Royal Tombs during the festival. [JOONGANG ILBO]


The location of the king’s burial site was carefully selected according to pungsu jiri, the Korean version of feng shui, or geomancy. It was important that the sites were protected by a hill in the back while facing south toward water. It was ideal to have layers of mountain ridges in the distance. That is why Jangneung, a royal tomb site in Gimpo, Gyeonggi, has recently been embroiled in controversy when a high-rise apartment complex began to be constructed near the site, blocking the view of Mount Gyeyang from Jangneung. Jangneung, which is home to Prince Jeongwon (1580-1619), also known as Wonjong, and his wife Queen Inheon, is considered one of the most propitious sites among the 40 royal tombs of Joseon.

“We hope visitors enjoy various activities related to learning about the long state funeral carried out during the Joseon Dynasty, or just visit for a guided stroll around a tomb site while listening to stories,” said Cho Hyung-jae, artistic director of the festival, adding that visitors will be surprised to find out how there are so many nature-friendly park-like tomb sites near the bustling capital city of Seoul.

The Joseon royal tomb sites are scattered around Seoul and Gyeonggi because the tomb sites had to be close enough for preceding kings to visit from the royal palaces for occasional rituals without having to leave the palace vacant for too long.

“One of our core aims is to make every content as intuitive as possible in its storytelling so that foreigners can also enjoy the event without comprehension difficulties,” Cho said. 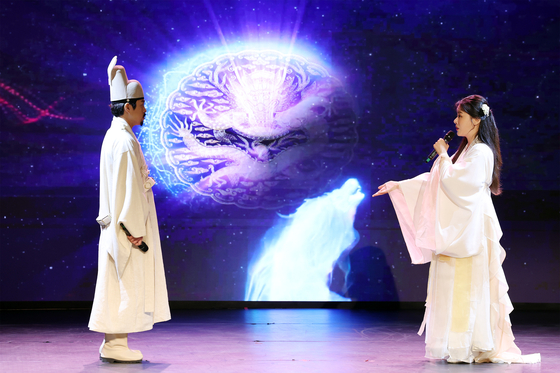 Performers showcase ″Garden of Gods″ during a press conference held last week to introduce the festival at the Korea House in central Seoul. [YONHAP]


According to Cho, a new “fantasy musical performance” has been created for the festival. The show converges different technologies such as projection mapping, drones and holograms to explain the process of Joseon royalties’ funerals and the significance behind the rituals. The performance is titled “Garden of Gods.” It’s a nighttime performance that will be performed outdoors next to some of the royal tombs.

The show was performed over the weekend in Hongyureung in Namyangju, Gyeonggi. It has two tombs — Hongneung for Emperor Gojong (1852-1919) and his consort Empress Myeongseong (1851-1895) and Yureung for Emperor Sunjong (1874-1926) and his two wives Empress Sunmyeonghyo and Sunjeonghyo — which are the last of Joseon Dynasty.

On Oct. 1 and 2, it will be performed again at Seoul’s Seonjeongnueng in southern Seoul, home to Seolleung for King Seonjong (1457-1494), the 9th king of Joseon and his third wife Queen Jeonghyeon (1462-1530) and Jeongneung for their son King Jungjong (1488-1544), the 11th king of Joseon. The performance starts at 7:30 p.m. and up 800 people are allowed to attend per session. Online reservations are required via the festival website jrtf.or.kr.

The organizers said some of the programs including “Garden of the Gods” will be taken to Jeonju’s Gyeonggijeon, a shrine erected in1410 that’s located in Jeonju Hanok Village, on Oct. 22 and 23, the weekend after the festival comes to an end at the Joseon Royal Tombs.

A drone show depicting the story of King Sejong (1397-1450) and Jang Yeong-sil, a scientist and inventor during the time, and their discovery of a stellar explosion, now known as Nova Scorpii AD 1437, has also been newly created for the festival.

Titled “Nova Scorpii 1437,” the show will see 400 drones in the air while dancers perform traditional dances inspired by the oldest-known example of such a stellar explosion. The show will take place, of course at the Yeongnueng tomb site in Yeoju in Gyeonggi, which houses King Sejong’s tomb. The show begins at 7:30 p.m. on Oct. 8 and 9. Online reservations are also required for this show as only a limited number of visitors can attend. 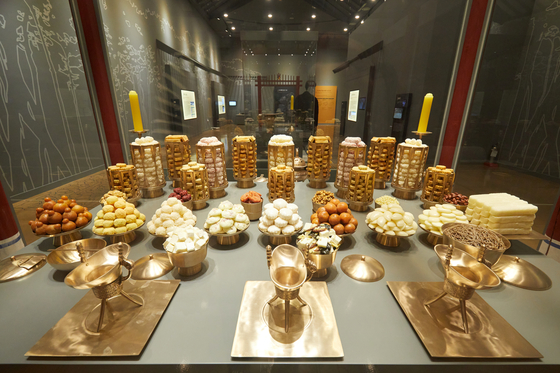 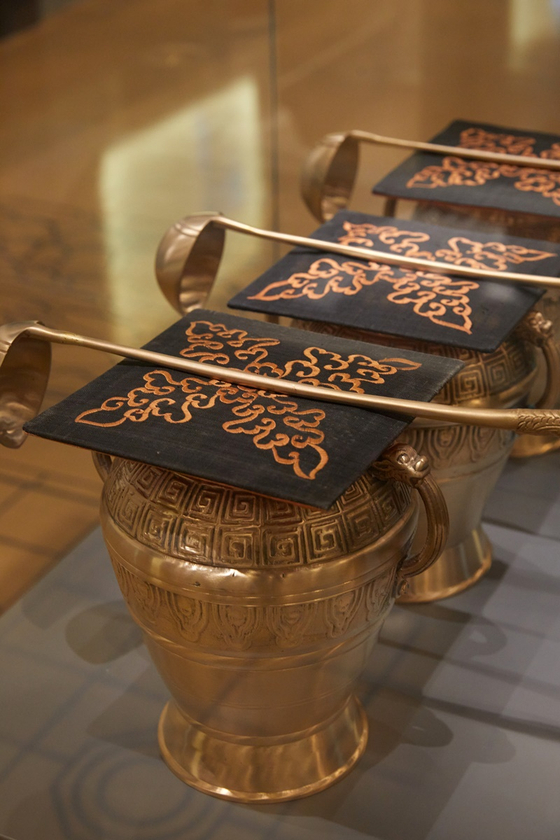 
Although it’s not a part of the festival, the Cultural Heritage Administration said it decided to reenact a state funeral rite that was carried out during the Joseon Dynasty for people to learn more about the state funerals of Joseon.

The rite ceremony will be carried out every weekend from Oct. 8 to 30 at Donggureung in Guri, located in the east of Seoul, which houses nine royal tombs and Seooreung in Goyang, located in the west of Seoul, which has five royal tombs. When Unesco designated the Joseon Royal Tombs on its list, it also recognized the significance of royal ancestral rites and how the tombs were constructed in a way to carry out the rituals to pay respect to and honor the deceased.

The administration said the whole procession of the ritual will be carried out with a narration. Up to 32 people are allowed per session so reservations are a must via royal.cha.go.kr or by calling (02) 3454-0892.