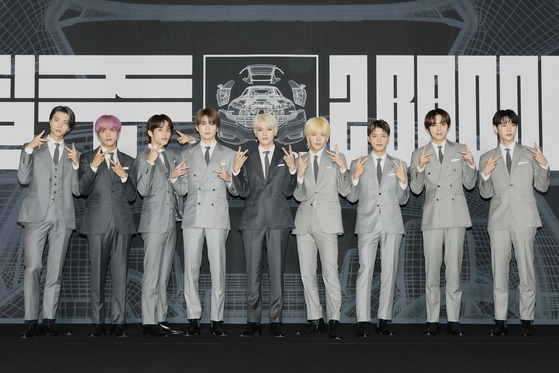 
Boy band NCT 127 is back with its signature sound: a sizzling synth beat with powerful shouting chants.

Its new lead track “2 Baddies” is a confidence anthem with the repeated hook: “two baddies, two baddies, one Porsche.” The hip-hop number sings of not caring about what others think and simply racing toward one’s goal at full speed.

Nine members — Johnny, Haechan, Mark, Jaehyun, Taeyong, Yuta, Taeil, Jungwoo and Doyoung — sat down at the Sofitel Ambassador Seoul Hotel in Jamsil, southern Seoul, on Friday morning for a press conference to discuss their latest and fourth full-length album of the same name.

The band is making a long-awaited comeback a year after its third full-length album “Sticker” (2021) and its repackage version “Favorite” (2021), which sold over 3 million copies combined. The band has been on a world tour since last December and members have released various music as solo artists and subunits under the “NCT Lab” project. 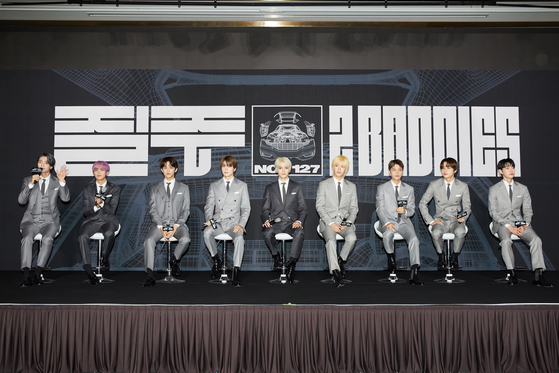 
“Rather than how well this album is going to perform, we thought more about how long our fans have been waiting,” said Doyoung, who called the new release a “masterpiece.”

“More than anything else, we want fans to listen to our new music and think it’s an album that was worth the wait, and that NCT 127 is a team worth waiting for. That would make us happy enough.”

The music video for “2 Baddies” was released ahead of the album via YouTube on Thursday, and is full of vivid neon imagery. The album features a total of 12 tracks: “Faster,” “Time Lapse,” “Crash Landing,” “Designer,” “Gold Dust,” “Black Clouds,” “Playback,” “Tasty,” “Vitamin,” “LOL (Laugh-Out-Loud),” “1, 2, 7 (Time Stops)” and the lead track. The group’s lead rappers Mark and Taeyong participated in a large part of the rap-writing.

“I can say that ‘2 Baddies’ is practically NCT 127 itself,” said Taeyong, the group’s leader. “As you can tell from the music video, it shows a good balance of our team’s neo concept and the members’ mischievous vibes.” 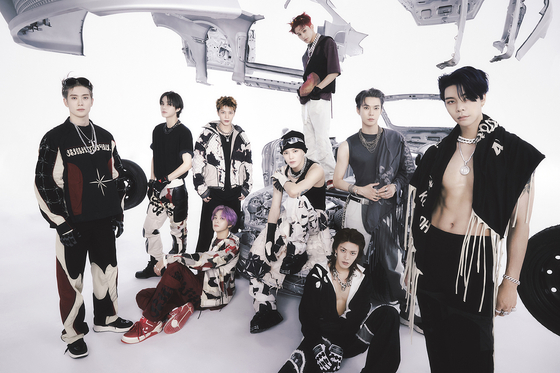 
“I especially loved the performance aspect of this song,” said Jaehyun. “Normally, most aspects of our performance are already planned and set. This time, it’s feels much freer for us to show our rowdy sides.”

The album continues with the boy band’s keyword “neo,” which has been used to describe its music and aesthetics since its debut in 2016.

“From our debut, we came out with a very eccentric concept that even we were unable to fully process,” Taeyong continued. “We would worriedly look at each other’s outfits and makeup and say, ‘Are we going to be okay?’ But now, that neo vibe has become part of our coolness. Now, neo no longer means strange or eccentric; to us, it means outstanding.” 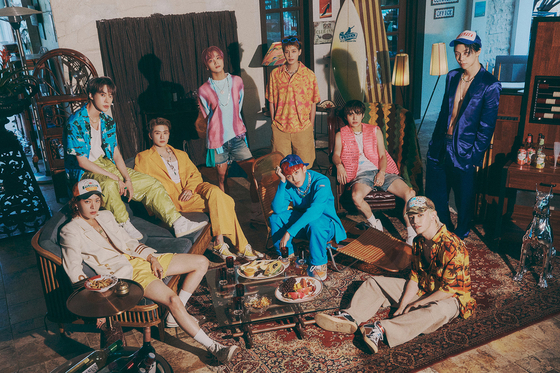 
All new tracks will be made available at 1 p.m. on music streaming platforms around the world. NCT 127 will also hold a largescale comeback show “NCT 127 4th Album ‘2 Baddies’ Comeback Show – Faster” at Kintex in Ilsan, Gyeonggi, on Friday evening and premiere the stage performance for “2 Baddies” in front of a crowd of 10,000 audience members.

In October, the boy band will head to the United States to continue its world tour in Los Angeles and New Jersey.