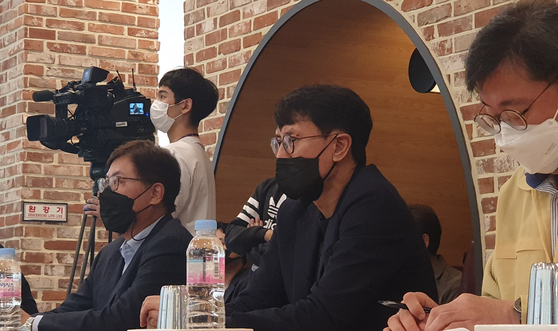 
Kakao companies are promising users compensation following a service malfunction over the weekend. Most services were restored as of Monday morning.

Users who paid to read webtoons and web novels on Kakao Webtoon and Kakao Page will be given three additional days to view the content that expired during the malfunction.

Regular Melon subscribers, who pay on a monthly basis, as well as those who bought temporary benefits, will be given three extra days of service.

“All services have been restored as of 7 a.m. and no data has been lost or damaged,” Kakao Webtoon said on Sunday.

Kakao Mobility promised compensation, but hasn’t come up with a plan yet. The company, which operates taxi-hailing app Kakao T and a navigation service, is still trying to restore full services.

The situation may be a little more complicated for the Kakao Talk messenger app. Although it is the largest messenger app in Korea used by 46 million people as of April this year, it is a free service, which means it’s difficult to calculate exactly how much people have “lost” due to the glitch.

Kakao established a command center led by Hong Eun-taek, co-CEO of Kakao, and joined by executives from major subsidiaries. The task force will be divided into three teams that will each be in charge of investigating the cause of the malfunction, managing the current crisis and compensation.

The company will set up a separate channel where people can report damages.

All Kakao services crashed after a fire broke out at SK C&C in Pangyo after 3 p.m. Saturday, which houses Kakao’s data center.

Some Naver services were affected as well but not as extensively as Kakao.