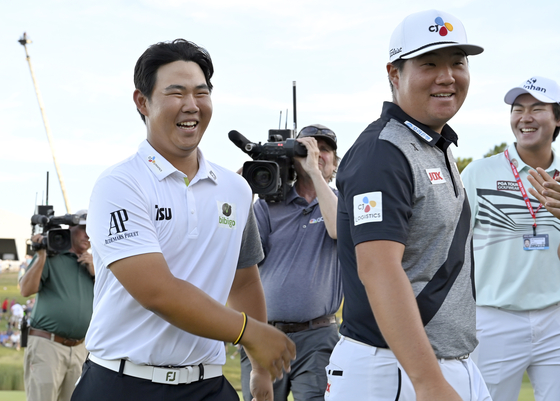 Kim Joo-hyung, left, walks off the 18th green alongside Im Sung-jae during the final round of the Shriners Children’s Open golf tournament on Oct. 9 in Las Vegas. Kim eventually won the event. [AP/YONHAP]


Kim Joo-hyung and Im Sung-jae will tee off for the first time at the Hero World Challenge at Albany in the Bahamas on Thursday.

While not an official PGA Tour event, the Hero World Challenge has been an unofficial event for 22 years after first being played in 2000 with only the world’s top 20 golfers invited to compete.

While it does not offer FedEx Cup points or official money, the results of the event will be counted toward the world rankings and the winner of the Hero World Challenge will pocket a $1 million check. The total purse is $3.5 million.

Albany has hosted the competition since 2015, although the 2020 edition was canceled due to the pandemic.

The defending champion is Viktor Hovland of Norway who won the title on his debut appearance. He outplayed Scottie Scheffler of the United States by one stroke in 2021.

The Hero World Challenge is hosted by golf legend Tiger Woods who was initially scheduled to play the event but withdrew on Monday due to plantar fasciitis in his right foot that makes it difficult for him to walk.

Woods wrote on his social media that he had developed the issue while preparing to return to action in the tournament this week. Woods has previously won the Hero World Challenge title five times. 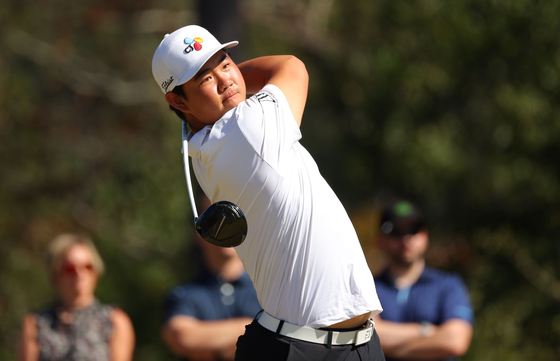 Kim Joo-hyung plays his shot from the fourth tee during the final round of the CJ Cup at Congaree Golf Club on Oct. 23 in Ridgeland, South Carolina. [AFP/YONHAP]


Kim enters the competition as No. 11 while Im enters as No. 13. Kim is the only Korean golfer who has won a PGA title this season after winning the Shriners Children’s Open in October. Kim will be looking to repeat his success at Albany. Im is also on pretty good form after tying for second twice in his last eight starts.

The Hero World Challenge will tee off Thursday and continue to Sunday.