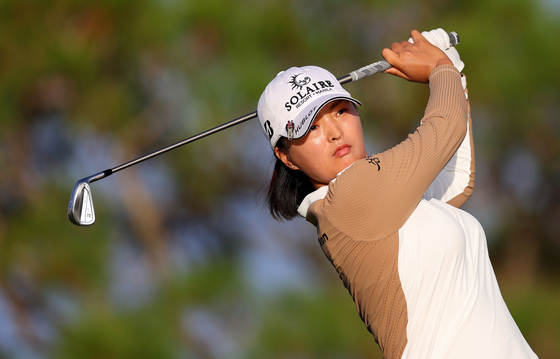 Ko Jin-young plays her shot from the ninth tee during the first round of the Pelican Women’s Championship at Pelican Golf Club on Nov. 11 in Belleair, Florida. [AFP/YONHAP]


The 2022 LPGA Tour comes to an end this weekend with the CME Group Tour Championship teeing off Thursday with 11 Korean golfers looking to finish the season with a bang.

The LPGA Tour returns to Tiburon Golf Club in Naples, Florida for its season finale. After 31 official tournaments this season, the CME Group Tour Championship is the final event on the Tour and the culmination of the season-long points competition, the Race to the CME Globe. LPGA golfers accumulate points in every official LPGA event to enter the season-ending championship.

Following the final round of the Pelican Women’s Championship on Sunday, the field was set to the top 60 in the Race to the CME Globe points standings.

All 60 golfers will compete in the 72-hole, no-cut competition, all playing for a chance to win the $2-million winner’s prize, the largest in the history of women’s golf.

Pelican Championship winner and new world No. 1 Nelly Korda of the United States will lead the contingent as top Korean Ko Jin-young will be looking to defend her Tour Championship title for the second time this week.

In 2020, Ko won the Tour Championship by an impressive five-shot margin, then last year repeated that success while setting the 72-hole tournament scoring record with a total score of 23-under-par, 265, defeating Nasa Hataoka by a single stroke. She also won the Rolex Player of the Year award.

Last week at the Pelican Championship, Ko played in the United States for the first time since June when she played the KPMG Women’s PGA Championship. However, she failed to make the cut after carding a formidable 69 in the first round then crashing down with a 74 in the second round.

Ko has been struggling with a wrist injury for the last few months, failing to make the cut in two consecutive LPGA tournaments in August then sitting out tournaments for two months.

That injury resulted in Ko losing her top spot on the world rankings on Oct. 30, nine months after she took the top spot on Jan. 31. She first reached No. 1 in April of 2019 and has now spent a combined total of 152 weeks on top, just six weeks shy of Mexican golfer Lorena Ochoa’s record of 158 weeks.

If Ko can find her form this week, she might pull through just in time to repeat her success last season and finish her year with a bang.

“I like to play this golf course,” said Ko on Tuesday. “It’s not easy, but I have great memories. So hopefully this week will be the same as the last two years. In 2020, I played just four events, but I won this tournament, and last year I had a great season. I was thinking last year, I focused really well on the course. A lot of good players were behind me, and they tried to follow me, but I was nervous because Nelly was there and Nasa and many good players. I did my best. I had a win, and hopefully this week [I will] too.” 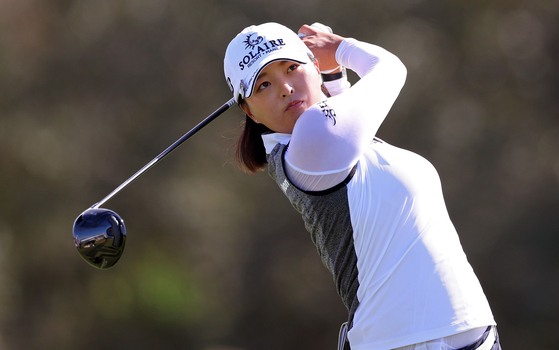 Ko Jin-young plays her shot from the 11th tee during the second round of the Pelican Women’s Championship at Pelican Golf Club on Nov. 12 in Belleair, Florida. [AFP/YONHAP]


Despite missing the cut or withdrawing from her last four events, Ko has experience not just playing with a wrist injury, but winning. Last year she battled with a wrist injury that kept her from practicing, but still managed to put on an incredible performance, carding a 63 on the last day to tie her career-best 18-holes score and set a new tournament record at a big 23-under-par, 265.

“I didn’t practice the last two days at the range. Same as last year,” Ko said. “But I played golf on the course the last two days. I know my swing right now, so I don’t want to practice hard with this hot weather. I want to just protect my wrist during the tournament.” 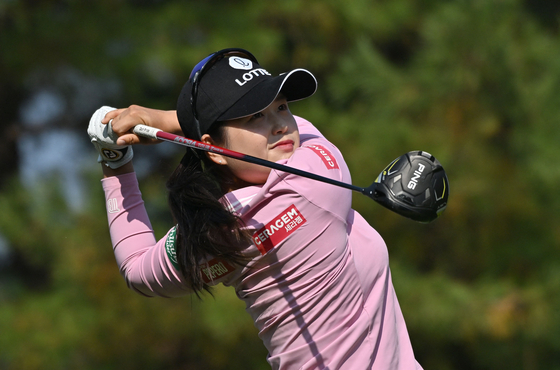 Choi Hye-jin tees off on the third hole during the third round of the BMW Ladies Championship golf tournament at Oak Valley Country Club in Wonju on Oct. 22. [AFP/YONHAP]

Park In-bee announced Monday that she will not be competing at the season-ending event due to an ankle injury, so there will be 11 Koreans teeing off on Thursday.

Eight Korean golfers to fight for spot on LPGA Tour