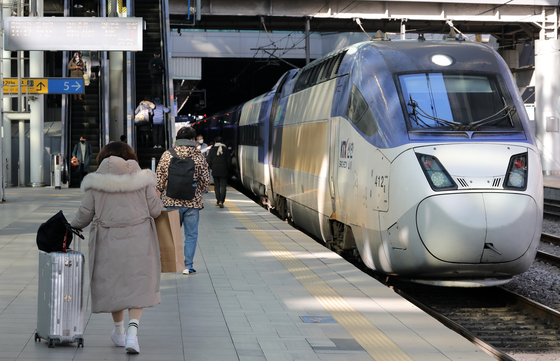 A train arrives at Seoul Station on Thursday. [NEWS1]


A rail strike that was to start at 9 a.m. Friday has been called off after the Korea Railway Workers’ Union reached an agreement overnight with management.

The Korea Railroad Corporation (Korail) strike would have affected KTX bullet trains and Mugunghwa, Saemaeul and tourist trains. Some subway services in Seoul would also have been affected.

Korail manages metro lines 1, 3 and 4 together with Seoul Metro. It operates 82 percent of trains on Line 1, 25 percent on Line 3, and 30 percent on Line 4. It also operates the Gyeongui-Jungang and Suin-Bundang lines.