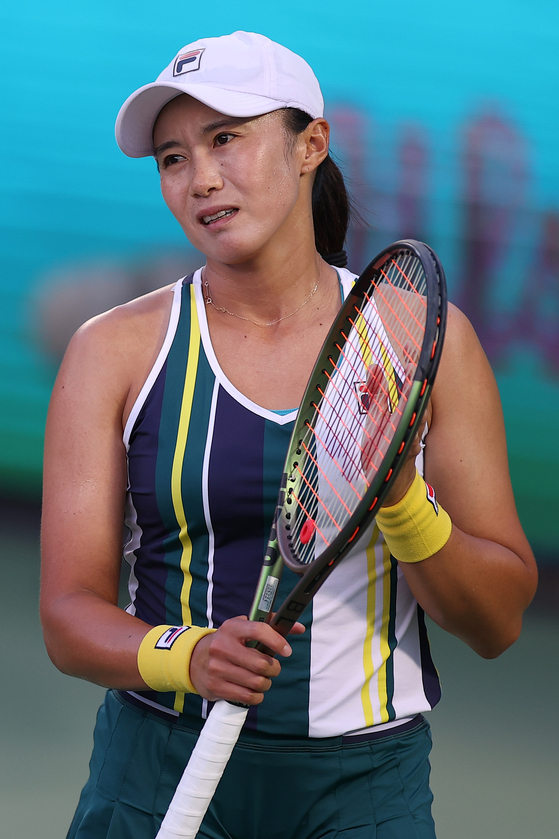 
Korean doubles pair Han Na-lae and Jang Su-jeong have reached the quarterfinals of the 2022 Hana Bank Korea Open, beating Oksana Kalashnikova of Georgia and Nadiia Kichenok of Ukraine in the round of 16 on Friday.

Han and Jang had little trouble beating the European pair, taking the first set 6-1 and the second 6-3 for a speedy 1 hour and 9 minute match.

Han and Jang are the only Korean players left in the WTA Korea Open. Han was also the last Korean left standing in the singles tournament, reaching the round of 16 on Wednesday but failing to advance after losing Ekaterina Alexandrova.

Jang, the top-ranked Korean contender, was knocked out by fourth seed Zhu Lin on Monday.

Han and Jang will now face top doubles seed Asia Muhammad and Sabrina Santamaria of the United States in the semifinals on Saturday.

World No. 2 Casper Ruud through to quarterfinals at Korea Open