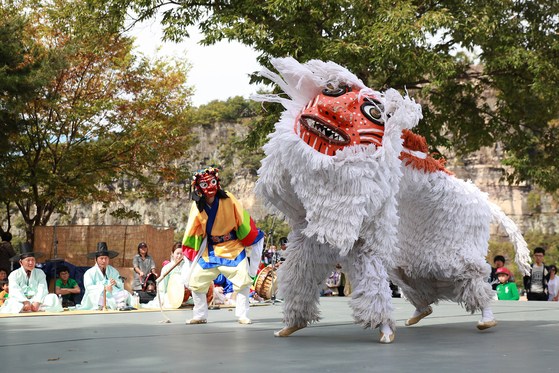 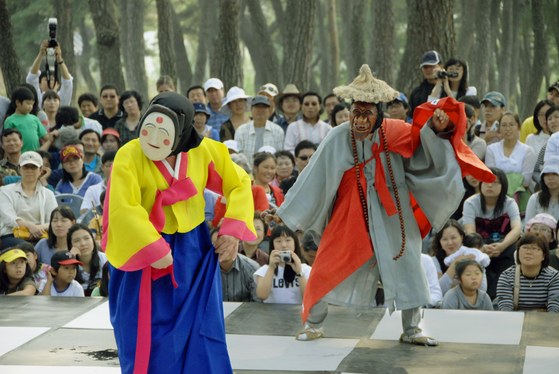 The Cultural Heritage Administration (CHA) announced Tuesday that “Talchum, Mask Dance Drama in the Republic of Korea” received the top “inscribe” recommendation by the evaluation body of Unesco’s Intergovernmental Committee for the Safeguarding of the Intangible Cultural Heritage. The items that receive such a recommendation by the evaluation body usually get inscribed in the Unesco list during the official committee, which is set to take place this year from Nov. 28 to Dec. 3 in Morocco.

The CHA said that the evaluation body screened a total of 46 items and gave the “inscribe” recommendations to 31, including Korea’s talchum. It gave “refer” to 14 items and “not to inscribe” to one item. 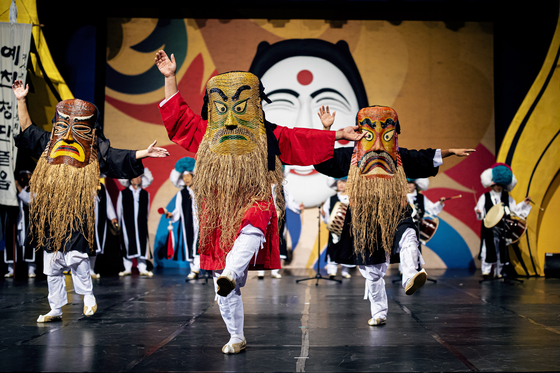 
Talchum is a form of art that consists of dance, music and theatrical performance, complete with an audience that takes part by reacting loudly to the show with cheers and jeers as the drama unfolds. In the country’s pre-modern age, it was often a way through which ordinary citizens in Korea could vent their dissatisfaction at society’s inequalities and injustices.

“It was a form of satire, that usually involves a person telling a story while wearing a mask,” the CHA said in its statement. “With the right mix of music and dance, the storyteller pokes fun at the injustices in society. But the act doesn’t end there. It also poses possible ways for society to reach points of compromise for the betterment of many.”

The CHA explained in the document sent to Unesco that such “focus on social criticism contributed to talchum’s large-scale transmission in the 1970s and ’80s among young Koreans, particularly university students.”

It also added that “This generation continues to play a critical role in the transmission of the practice, passing on the related knowledge and skills of talchum performance and mask-making to younger generations through local associations, clubs, camps and public schools.” 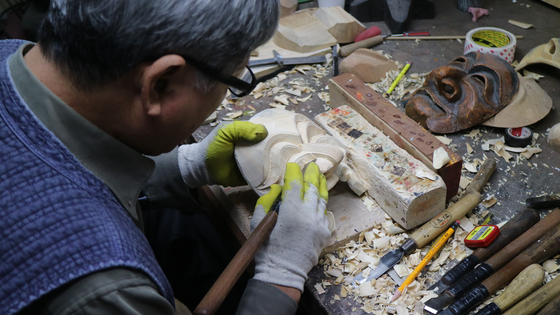 A mask craftsman handcrafts a traditional mask called hahoetal, a type of mask worn in the Hahoe Byeolshingul talchum that dates back to the 12th century. [CULTURAL HERITAGE ADMINISTRATION]


The evaluation body stated in its draft decision that talchum satisfies the criteria for inscription for being “manifested through the oral traditions, performing arts, social practices and rituals of its dances, music and theater and the traditional craftsmanship associated with crafting the masks.”

The latest was Yeondeunghoe, the celebration of Buddha’s birthday, which made it onto Unesco’s Intangible Cultural Heritage of Humanity List in 2020. Ssireum, a form of traditional Korean wrestling, was inscribed before that, in 2018, and was a special case as it was the first item jointly registered by South and North Korea. Other items include Jeju’s women divers known as haenyeo; nongak, community band music, dance and rituals; Arirang; tightrope walking known as jultagi; gagok, or lyric song cycles accompanied by an orchestra; and pansori, or traditional Korean narrative singing, among many others.